Pace set to begin rolling out electric buses this fall... 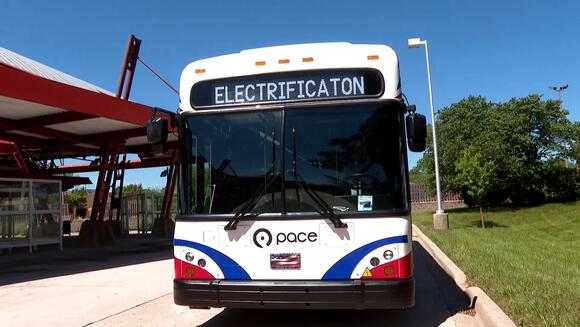 ARLINGTON HEIGHTS, Ill. (CBS) — The days of buses belching out black diesel soot could be coming to an end.

Pace is set to put an electric bus on the streets in the suburbs this fall.

CBS 2’s Sabrina Franza went along for a test drive on Thursday.

The zero-emissions tester bus is one of 20 other Americans with Disabilities Act-accessible electric buses on order. The goal is for Pace to be operating on zero emissions by 2040.

“The issue for us that were trying to figure out right now – as well as for everyone else in the United States – is the range on an electric bus versus some of our routes,” said Pace Executive Director Melinda J. Metzger.

From now until its official launch, the zero-emissions bus will stand the test of electric.

Thus, ensuring the battery doesn’t die, of course, is a top-level priority given that the longest Pace bus routes are about 300 miles or more – so the plan is to charge the fleet overnight in Pace garages.

But first, those garages must be renovated using some already-budgeted money, combined with requests out now for federal money.

All drivers will and mechanics will need to be trained to switch. Trainer and technician Rodney Evans is helping the mechanics make the change.

“The challenging part may be for the mechanics. to switch over from diesel, (compressed natural gas), and to electric,” said trainer and technician Rodney Evans. “They’ll have to operate as el…