Orioles, Rangers aim for improvements, and more wins, in second... 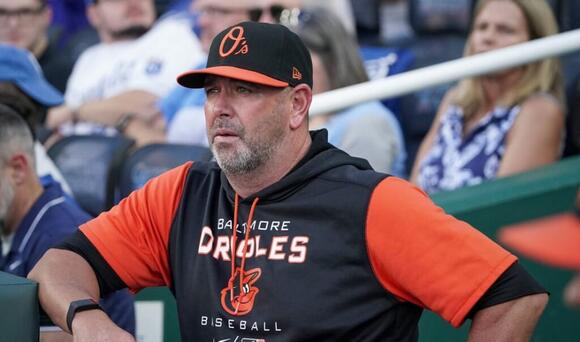 The Baltimore Orioles and Texas Rangers are reviewing what’s gone right and what’s gone wrong in the first half of the season as the two meet to open a three-game series on Monday afternoon in Baltimore.

“I have mixed emotions about the first half,” Orioles manager Brandon Hyde said, noting the team’s improvement from this stage of the season a year ago. “I’m happy, but I’d also like to win some of these games.”

So would the Rangers, who are 1-3 in their past four games after falling by a 4-1 score on the road to the New York Mets on Sunday. They had only one three-game winning streak in June.

“It’s pretty frustrating. We’re winning a couple of game we should win and then it comes down to a couple of things we need to be better at,” Rangers first baseman Nate Lowe said. “That just part of what it takes to grow as a team.”

The Orioles likely are happy to return home from a 10-game road trip that started with four wins in five games, then saw four straight losses and ended with a 3-1 win on Sunday at Minnesota.

Four Baltimore pitchers combined on a four-hitter in the Minnesota finale, and that could bode well with the team’s most effective pitcher of late up next.

“We’ve had a couple of tough ninth innings, but we have pitched so well this road trip,” Hyde said. “Our starting pitching has been unbelievable.”

“Really impressed with how aggressive he is in the strike zone,” Hyde said. “Good fastball, good cutter, good curveball, threw some good change-ups to left-handers.”

With three straight scoreless starts of five or more innings, it matches the franchise record. His seven-inning stint last Tuesday in Seattle was his career-long outing.

Kremer had a no-decision in his only career outing against the Rangers in April 2021. He gave up one run in 4 2/3 innings.

The Rangers will turn to right-hander Dane Dunning (1-6, 4.09), who pitched six or more innings four times in June. Still, he issued as many or more walks than strikeouts in three of his outings last month.

Dunning is without a victory since late April and the Rangers have lost his past eight starts. On the encouraging side, he has a 1.69 ERA and 10 strikeouts in two career starts against the Orioles, although he doesn’t have a decision.

Baltimore’s inability to manufacture runs could be surfacing again. They relied on solo homers from Ryan Mountcastle, Trey Mancini and Rougned Odor for all of Sunday’s scoring. Mancini was back in action after exiting a day earlier after he was hit by a pitch.