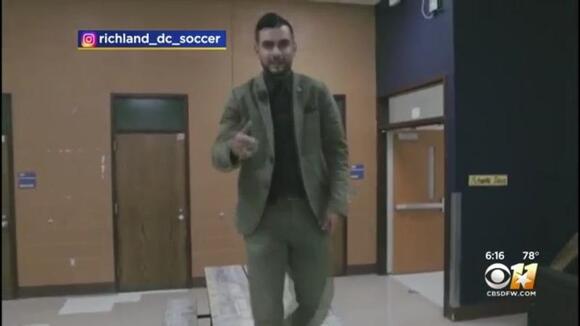 DALLAS (CBSDFW.COM) — The last thing you would expect to hear on the first day of school is a rap video, but a rap from the principal is exactly what students at John F. Peeler Elementary got.

A video that was produced exclusively for a Dallas ISD school in Oak Cliff is making its rounds on social media. It shows poetic justice, rhyming the talents of students at Peeler Elementary School.

“The main focus being the students, something that would create excitement to this new school year,” John F Peeler Elementary Principal, Tito Salas said.

The principal of John F. Peeler Elementary said this video was his first time ever recording a rap and he went all out. From different outfits to different props and locations throughout the school.

“It was way out of my comfort zone to begin with,” Salas said, “but I was like man I like the beat, it’s not as threatening, it’s kind of slow tempo.”

Salas said it took a lot of planning to create the video.

“This is something I kind of thought of at the end of last school year,” Salas said. “I wanted to come up with something that was going to get my staff hyped, excited and then, of course, the stu…