NY1 meteorologist fired after nude webcam appearances: ‘I acted out... 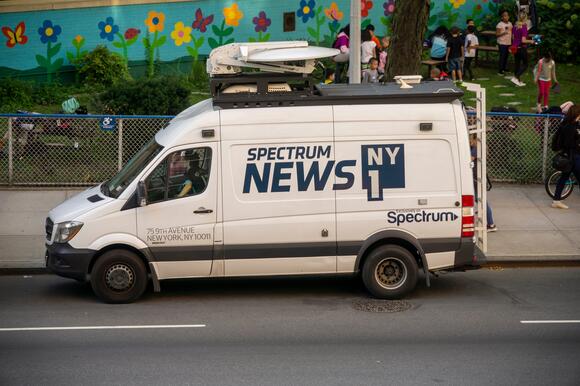 NEW YORK (1010 WINS) — A popular Spectrum News NY1 weatherman was allegedly fired after nude photos of him on an adult webcam site were sent to his boss, a new lawsuit claims.

The former NY1 meteorologist, Erick Adame, posted a statement to his Instagram just before filing the court papers Monday announcing his termination.

“I have recently been terminated from my job as the meteorologist at Spectrum News NY1 in NYC,” Adame wrote in the post. “I am taking this time to share my truth rather than let others control the narrative of my life.”

Adame alleges a man took the naked photos of him without his permission while on the video chat website “Unit 4 Media LTD.” The person sent the photos to NY1 as well as Adame’s mother “with intent of harassing, annoying, or alarming [Adame] and tortiously interfering with [Adame’s] employment relationship,” according to court documents.

“Despite being a public figure and being on television in the biggest market in the country in front of millions of people five days a week for more than a decade and a half, I secretly appeared on an adult webcam site,” Adame added in his post. “On this site, I acted out my compulsive behaviors, while at home, by performing on camera for other men. It was 100% consensual on both of our parts. I wasn’t paid for this, and it was absurd of me to think I could keep this private.”

Adame is asking the court to force the site to reveal the identity of the person who leaked the photos. The usernames cited include Sonal Prehonn, Tommysize29, Funtimes99, and Landonboy22. Adame wants to sue the person but needs their real identity in order to do it.

In the Instagram post, Adame adds that he is receiving professional help and apologized for any embarrassment he may have caused his employer, co-workers, audience and loved ones. But, Adame adds there are certain things he is not apologizing for.

“As a public figure I recognize that I have certain responsibilities that come along with the privileges I enjoyed,” Adame said. “But let me be clear about something: I don’t apologize for being openly gay or sex-positive—those are gifts and I have no shame about them.”