Nurmagomedov, 24, left little room for doubt in a lopsided co-main event contest which he was awarded 50-45, 50-44 and 50-44 on the scorecards against the Brazilian reigning champion.

Nurmagomedov was without cousin Khabib in his corner at the Wintrust Arena after reported visa delays for the UFC icon, but nonetheless did his team proud with a performance which arguably had everything except for the finish that some may have felt his dominance deserved.

Nurmagomedov took control of the contest early on against the veteran champion, showcasing the kicking skills that set him apart from the grappling-heavy style so often associated with Khabib.

There was also dominance on the ground, though, as Nurmagomedov landed a takedown and finished the second round with a heavy ground-and-pound which left Freire needing the bell for some respite.

The fight plateaued somewhat, leaving sections of the Chicago crowd restless, before Freire came out firing in a belated bid to keep hold of his title in the final round.

But Nurmagomedov never looked in serious danger, stifling the threat before exerting control again and running away with the win on the scorecards. 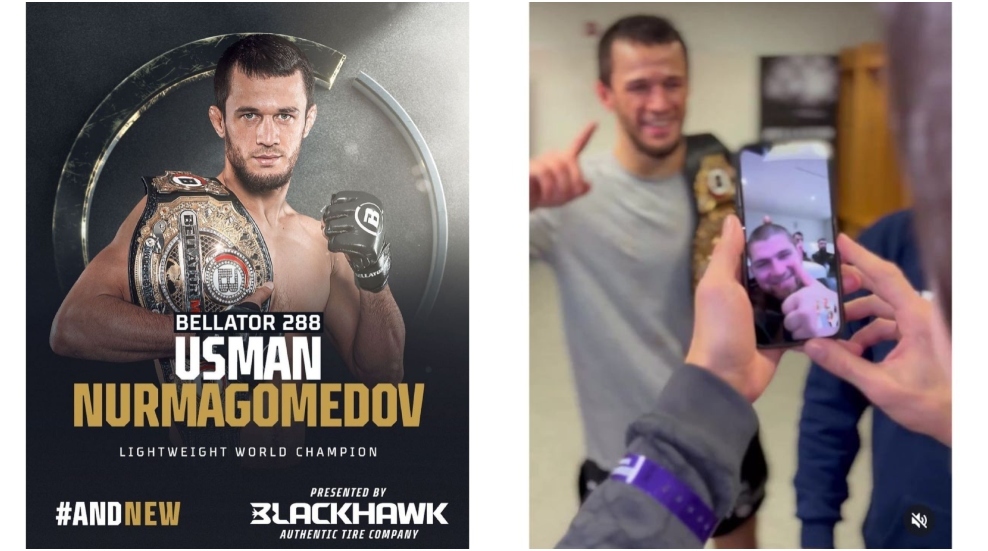 So widely known as a hotbed for MMA talent following success for Khabib and Islam Makhachev in the UFC lightweight ranks, Dagestan now has its first Bellator MMA champion in the form of Usman Nurmagomedov.

“For me, this is so important,” said Nurmagomedov, as quoted by MMA Junkie.

“I’m so happy. A lot of emotions, you know? I just want to say thank you. Like, first of all, Alhamdulillah after. Read more – RT