Noah Gragson will drive the No. 42 car for Petty... 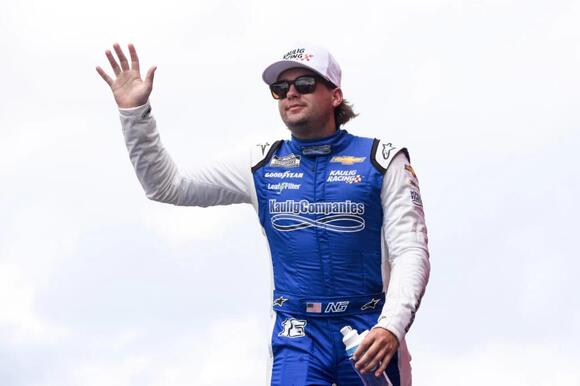 Noah Gragson will drive the No. 42 car for Petty GMS Motorsports on a full-time basis starting next season, per an announcement from the organization.

Introducing the new No. 42 car driver

Noah Gragson, 24, has been full-time in the NASCAR Xfinity Series for four consecutive seasons in the No. 9 car for JR Motorsports. Over those four seasons, Gragson has compiled eight victories with all of them coming in the last three years.

The 24-year-old Las Vegas native has also been competing in the NASCAR Cup Series with Kaulig Racing and Beard Motorsports in select events at different types of race tracks.

Gragson has an average finishing position of 27.2 in nine starts this season but has run in the top-5 positions at Michigan International Speedway and top-10 positions at the Coca-Cola 600.

Out of the lower series drivers available to teams, he is the hottest prospect for Cup Series teams looking to grab potential and talent to further accelerate their programs.

Gragson has been sponsored by Bass Pro Shops, TrueTimber Camo, and Black Rifle Coffee Company in the Xfinity Series but also found sponsorship from Wendy’s in the NASCAR Cup Series race at Talladega Superspeedway.

The 24-year-old driver has been known for his marketing and social media following ever since he entered the NASCAR Truck Series with Kyle Busch Motorsports.

Arguably, there is not a better driver in the lower series when it comes to marketability with the results to back up his personality off of the race track on Saturday and Sunday.

Evaluating the move for Noah Gragson and Petty GMS Motorsports

Noah Gragson’s move to Petty GMS Motorsports has been publicly speculated from the moment it was announced that Ty Dillon would not return to the No. 42 car for the 2023 season.

It is a move that Gragson has been looking for as he sets his sights on racing full-time in NASCAR’s top level of competition. The 24-year-old driver is also ready for this big jump.

Gragson opened some eyes after outdueling big-time prospect Ty Gibbs in a classic duel at Pocono Raceway a few weeks ago. It showed the potential he has in the Cup Series moving forward.

The Las Vegas native will have the talent to win on Sundays if he puts everything together moving forward. In fact, if Gragson impresses enough, an upgraded ride within Chevrolet is not out of the question.

However, that is a long way down the road and Gragson will be teaming up with Petty GMS Motorsports in a move that is perfect for both sides of the equation.

Gragson will have Erik Jones as his teammate in the No. 43 car. Jones, 26, signed a multi-year extension with the organization after being really impressive and currently sitting 14th in the standings.

Ty Dillon sits 30th in the standings and it’s hard to ignore the difference between the two drivers. Jones and Gragson will be a good duo tha…