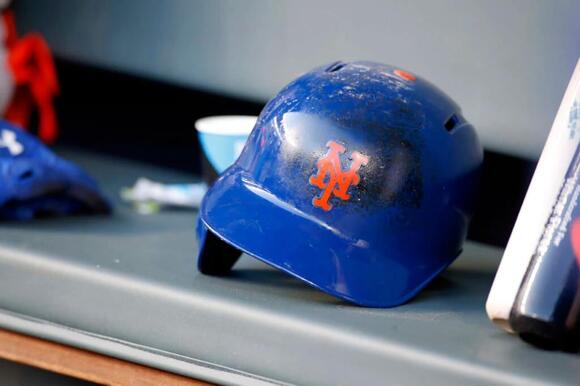 Not only are the New York Mets having one of their best seasons in recent time, their top prospect in the minor leagues, catcher Francisco Alvarez, is also having yet another breakout year. After smacking 18 home runs in just 67 games at the AA level, the Mets have announced Alvarez is being promoted and will join the AAA ballclub in Syracuse. He is expected to join his new team on Monday.

But who is Francisco Alvarez, and when can the Mets expect their stud catcher to join the big leagues?

What type of player is Francisco Alvarez?

A lot of the times, a teams catcher will be one of the team’s worst hitters on the field. Not when Francisco Alvarez is out there. Instead, Alvarez sees baseballs and he destroys them. He happens to play catcher, but really, his talent is being an all-out offensive threat from the right side of the plate.

As mentioned, it’s the power Alvarez possesses that makes him the No. 6 rated player on the MLB 100 top prospects list.

While his hitting likely already would play at the major league level, Alvarez still has room for growth when he’s squatting behind the plate when it comes to pitch framing and working on arm accuracy.

Still, if Alvarez manages to make a mess out of pitchers in Triple-A too, it’s only a matter of time before he receives his first ticket to the Show, where he eventually projects as an All-Star.

How far away is Francisco Alvarez from joining the MLB club?

If you look at the Mets’ roster, it appears as though Alvarez could join the team right now and likely deliver more frequently than current starting catcher Tomas Nido in the batter’s box, as his OBP sits at .253.

Then again, the Mets have a world-class pitching staff, and the added experience Nido, a six-year vet brings to the table is important. Alvarez may be able to mash, but how about calling a game? Or handling the grueling 162–game schedule? This kid is still just 20 years old, there’s no need to rush him just yet.

Still, we’re likely to see Alvarez get a call, whether it’s in September when rosters expand, or even sooner should the Mets experience an unfortunate injury. Chances are, Alvarez will have the full-time gig in 2023. In either event, don’t be shocked if you see Alvarez sending a tower shot out of Citi Field later this year….