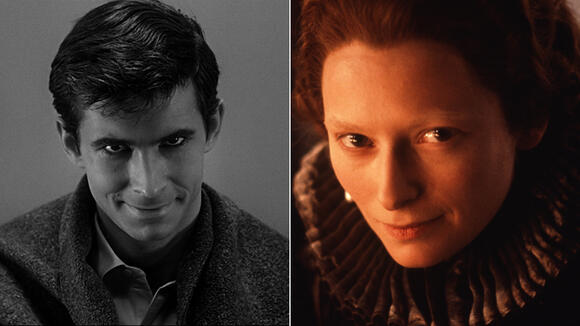 Heading into his first edition at the helm of the Neuchatel Intl. Fantastic Film Festival ( NIFFF ), artistic director Pierre-Yves Walder looked to land his white whale, setting his sights on a retrospective idea he’d dreamed up many years before.

“In concrete terms, I’ve wanted to do this ever since I first applied to the festival,” Walder says of Scream Queer, a pet project that reflects on LGBTIQ+ representation through the lens of the fantastic. “I wanted to explore social elements through genre, which has always been a mirror for society, a place to express certain unmentionable ideas in abstract, using metaphor to explore subjects off limits in more direct approaches.”

Showcasing 15 films curated by Walder and his team and another four selected by The xx singer Oliver Sim, this year’s centerpiece retrospective brings together camp items like “Nightmare on Elm Street II,” cult classics like the Wachowski’s “Bound” and recent gems from the festival circuit like Amat Escalante’s “The Untamed,” all tied together by a shared focus on outré representation.

“The films had to step out of reality in a certain sense,” Walder explains. “What we see on-screen had to disrupt reality in a way, because that’s what defines the fantastic.”

Working with just 15 slots and a trove of diverse and often contradictory approaches, the NIFFF team looked for titles that could stand on their own while also standing in for larger filmic trends. To do so, the programming considered the films on a century-long timeline, beginning with the 1922 art-deco dream “Salomé” and following all the way through to Yann Gonzalez’ 2022 musical short “Hideous” (which both stars and features the music of Sim).

“We’ve seen a kind of century-long evolution,” says Walder. “From non-existence, or at least a very metaphoric existence, to demonized, through to something caricatured and almost comic towards accepted and celebrated, all the way to normalized and total mundane.”

Beginning with Charles Bryant and Alla Nazimova’s 1922 Oscar Wilde adaptation – a silent film made in a style that dare not speak its name – and onto Lambert Hillyer’s 1936 b-movie “Dracula’s Daughter” – which introduced the predatory lesbian vamp archetype European softcore directors would build careers on some four decades later – the Scream Queer program moves forward while isolating specific practices and personas.

In the case of “Psycho,” Walder found a particularly rich text. “There are thousands of things to say,” he laughs. “For a long time horror films would use drag to explore disturbed characters and to express their transgressive natures. And that was exciting to viewers, myself included. I still love the film… but I think Hitchcock keyed into the shock value of the big reveal: That’s the killer not a woman but a man in drag.”

“’Psycho’ used a queer identity for a dramatic reveal,” he continues. “So I found it interesting to explore the character that I call the Big Bad Queer – a kind of perennial archetype, even in Disney films, that is refined, ambiguous and disturbed. Even if they’re not malevolent they don’t exactly inspire trust.”

“There’s also the celebratory aspect,” Walder says. “Genre films are disinhibited in ways that allow for diverse and varied representations. A film like [2004’s] ‘Hellbent’ inverses all the slasher codes. You have himbos instead of bimbos getting chopped up. When I first saw it I found it clichéd to represent gay men so superficially, then I realized that a woman might have the same reaction when a large-busted blonde steps into the shower in a conventional slasher film.”

Moving toward the present day, the retrospective will dovetail with titles in other parts of NIFFF’s 2022 slate – films that approach similar subjects with a remarkable lack of emphasis. “We have films in the competition and in the other contemporary sections either directed by queer filmmakers or that feature gay characters, but don’t make that much of the fact,” says the NIFFF chief. “Such subjects are no longer key themes or plot points. There’s been an inversion from non-existence to total banality.”

This Scream Queer retrospective lands at an oddly auspicious moment, arriving on the heels of a similarly titled book by Catalan critic Javier Parra (from which NIFFF cribbed the name, while bringing Parra on as a consultant and collaborator), and ahead of an upcoming documentary series produced for horror streamer Shudder to be broadcast later this year. Read more – VARIETY