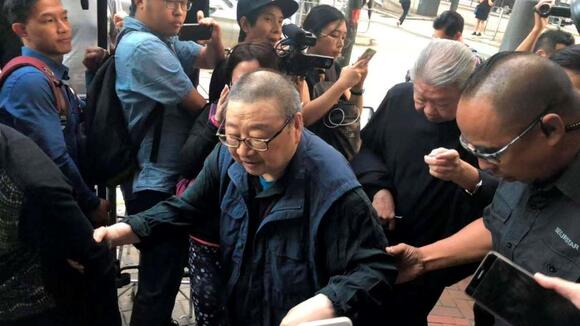 Ni Kuang , one of Hong Kong’s most distinguished screenwriters and novelists, has died. He was 87.

He died on Sunday in Hong Kong, with local media reporting skin cancer as the cause of death.

Ni wrote some 300 screenplays, many in the martial arts genre and many for the Shaw Brothers studio with co-writer Chang Chen. He wrote the scripts for classic films “ The 36th Chamber of Shaolin ” and “One Armed Swordsman” and had a hand in two of Bruce Lee’s six movies “The Big Boss” and “Fist of Fury” though the writing credit went to Wei Lo.

As a novelist, Ni wrote the “New Adventures of Wesley” a series of detective stories that often featured aliens and extra-terrestrial creatures. These were initially serialized in the Ming Pao newspaper from the 1960s and spawned numerous films and TV series (some written as ‘Wisely’).

“For those who are a bit old, they all know that the three greatest talents in the literary world are Jin Yong, (popularly known as Louis Cha), Gu Long and Ni Kuang. After that, no such iconic and epoch-making people have appeared,” said Tenky Tin, spokesman of the Federation of Hong Kong Filmmakers, in quotes supplied to the South China Morning Post. “I am wondering if this is the end of an era.” Gu died in 1985. Cha died more recently, in 2018.

Ni’s own back story is equally colorful. He was born in 1935 in the then Republic of China, with reports differing as to the place, either Ningbo or Shanghai. As a young man in early Communist China, he was employed as a security official in Inner Mongolia writing death sentences. He buckled at the authoritarian rule and escaped to Hong Kong in 1957.

After that time, he quickly established himself as a novelist and in the 1960s as a screenwriter.

He remained fiercely anti-Communist all his life and never set foot again in mainland China. He said that individual freedom and freedom of expression were paramount. “After departing the mainland, I am free without any restrictions and able to talk and think freely,” he told a 2019 interviewer.

Ni departed Hong Kong in 1992, ahead of the territory’s 1997 handover from British rule to Chinese, and moved to the U.S. He returned to live in Hong Kong in 2006 as his wife could not adjust to life in the States. But he remained skeptical of the way the city was being controlled. “The Communist Party decides everything. There is no such a thing as one country, two systems,” a reference to the promise made to maintain Hong Kong’s way of life until 2047.

Ni was presented with a Lifetime Achievement Award at the Hong Kong Film Awards in 2012. He won the Jubilee Honor Award from the Hong Kong Screenwriters’ Guild in 2018.