New Yorkers concerned for family in Puerto Rico as Fiona... 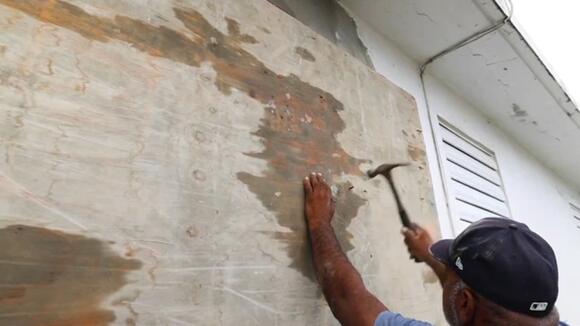 The governor of Puerto Rico says $550 million in emergency funds are available to deal with Fiona’s aftermath – along with enough food to feed 200,000 people for 20 days – three times a day. However, there could be a greater need for support and supplies.

Fiona is approaching Puerto Rico as likely a Category 1 hurricane and while it is not nearly as powerful as the Category 4 of Maria in 2017, Maria exposed and exacerbated vulnerabilities.

“Right now they’re getting a lot of rain and a lot of wind – in one part of the island, the power is already out,” said Johnny Diaz.

The biggest threat from Fiona is a potential of 20 inches of rainfall plus storm surge. Awilda Cordero has been talking to a cousin in San Juan.

“The wind is really coming in. The rain is coming in. Some stuff already started falling, but she said they’re ready,” said Cordero.

New Yorkers with ties to Puerto Rico are also worried about things that might already be in short supply and high demand, with the looming storm causing panic-buying on top of existing supply chain disruptions.

“Things that are really hard to get over there, like batteries, what they need is flashlights, and even tarps – they can use tarps,” said Ramon Diaz.

“We sent a whole bunch of volunteers. We had four containers picked up, and we were able to send supplies to everybody that needed it. So if we need to do it again, definitely we’ll be there,” said Cordero.

In the meantime, Cordero urges everyone in New York City to reach out to Puerto Rico.

“I hope that every Puerto Rican that’s out here in New York City to please take out your hands and reach out to everybody in Puerto Rico – they need it,” she adds.

It only takes five minutes to hear how loved and respected Mr. Gill is at Glenfield Middle School.