Mother begs for justice after no answers in shooting that... 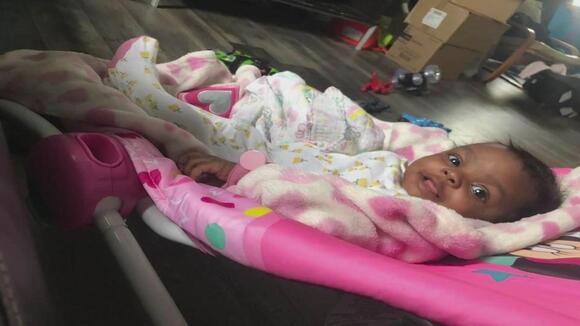 CHICAGO (CBS) — A Chicago mother is pleading for justice after her 5-month-old baby girl was murdered. A bullet shattered the family’s car window as the child, Cecilia Thomas, rode in the backseat.

For the first time, her grieving mother spoke out, telling CBS 2’s Jermont Terry that she needs that shooter caught.

Cecilia had a vibrant smile. Her mother is left with only five short months of memories.

“That’s my child. I felt every kick,” Juanita Harris as she stood outside the hospital where her daughter took her last breath. “Cecilia is my baby. I’m hurt.”

The pain is brought on not only by the senseless way she lost her child but also other worries.

“I don’t want to be behind the wheel no more. I don’t want him to be in the back seat no more,” she said of her son.

In June at 6 in the evening, baby Cecilia was riding in the back seat of the family’s car with her 3-year-old brother in South Shore. Police say two people in another car, one with a gun, pulled up and opened fire.

A single bullet pierced the 5-month-old.

“We’re talking about a bullet to her head,” Harris said.

As she spoke with Terry, Harris’ son offered an “I love you, Mama” just when his mom needed it most.

The 3-year-old was the first to let his mom know his sister was bleeding.

While broken on the inside, she stands looking for justice.

It’s hard to stay strong knowing more than a week later Chicago police don’t have anyone in custody, and the community isn’t offering any tip to get an arrest.

“You see me. You see the pain I’m feeling. You need to turn yourself i…