More than $200K worth of stolen Lululemon leggings found in... 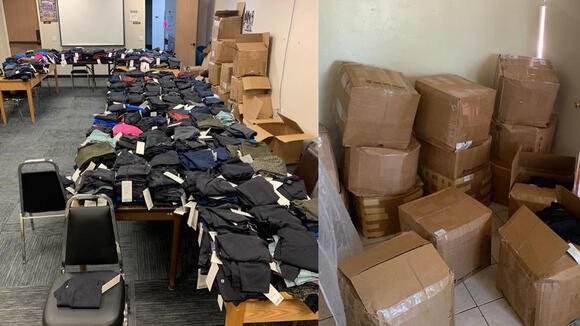 More than $200,000 worth of stolen Lululemon products were found at a La Habra apartment and seized by a CHP retail crime task force.

The athleisure wear bust by its Organized Retail Crime Task Force was announced by the California Highway Patrol Monday.

“According to Lululemon representatives this is the largest recovery of stolen items in the company’s history,” the CHP said in a Facebook post.

Authorities say their investigators were alerted to three large boxes of Lululemon merchandise being shipped from Ohio to an apartment complex in La Habra and intercepted the shipment. The investigators instead delivered the shipment to the apartment, and while there, saw several other similar boxes.

After obtaining a search warrant, investigators searched the apartment and found 16 large boxes, each…