Two former University of Missouri frat leaders have been charged with leaving a student brain damaged in what his family attorney called “the worst fraternity hazing injury ever in the United States.”

The charges stem from the caught-on-camera hazing of Daniel Santulli, 19, who was force-fed beer and made to drink a liter of vodka, leaving him blind and unable to walk or talk.

He had to be revived in a hospital after his heart stopped when he was left with a blood alcohol content of 0.486, six times the legal limit.

The damage was “as horrible as it could possibly be and (have him) still be alive,” said David Bianchi, a lawyer who specializes in hazings and is representing Santulli’s family.

“It’s the worst fraternity hazing injury ever in the United States,” he said, saying he has “been doing these cases for 30 years.” 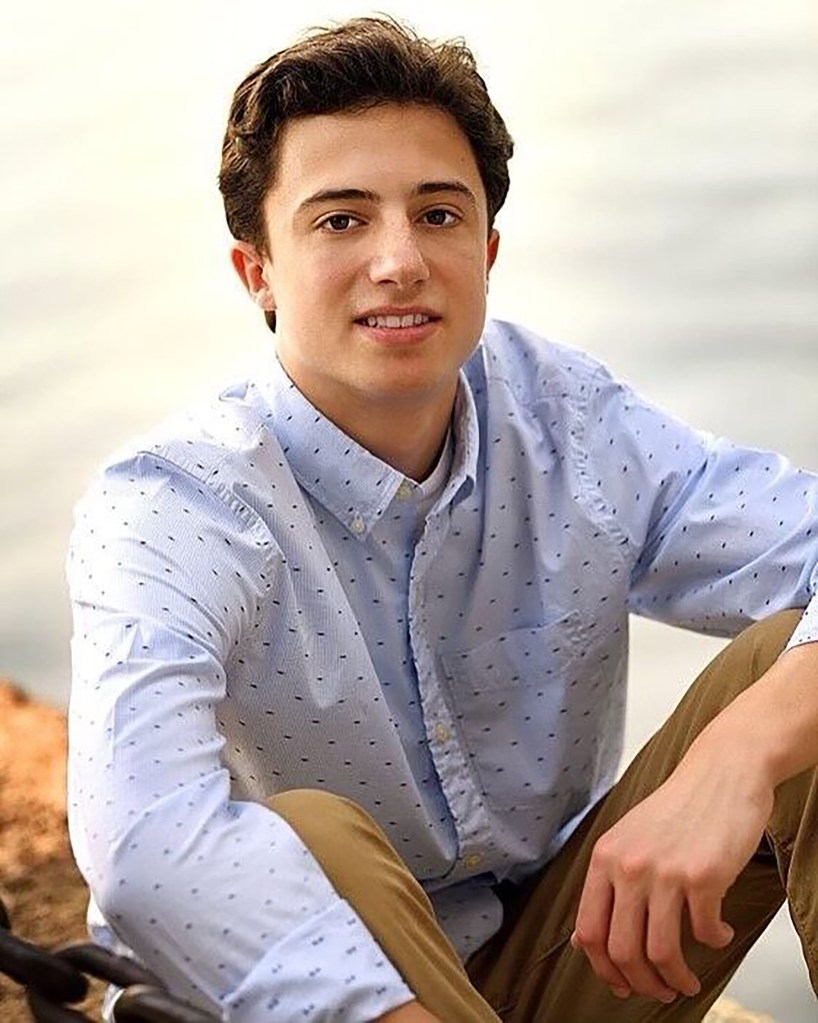 Daniel Santulli was force-fed beer and made to drink a liter of vodka by his fraternity brothers.

“I know the defense lawyers who defend the fraternities. And everyone agrees this is the worst ever,” he insisted to the Post-Dispatch.

Bianchi filed civil lawsuits against 23 fraternity members, all but two of whom have settled out of court, he said.

“There are probably another dozen or more fraternity members who were responsible for this hazing event,” he said of the possibility of more charges. 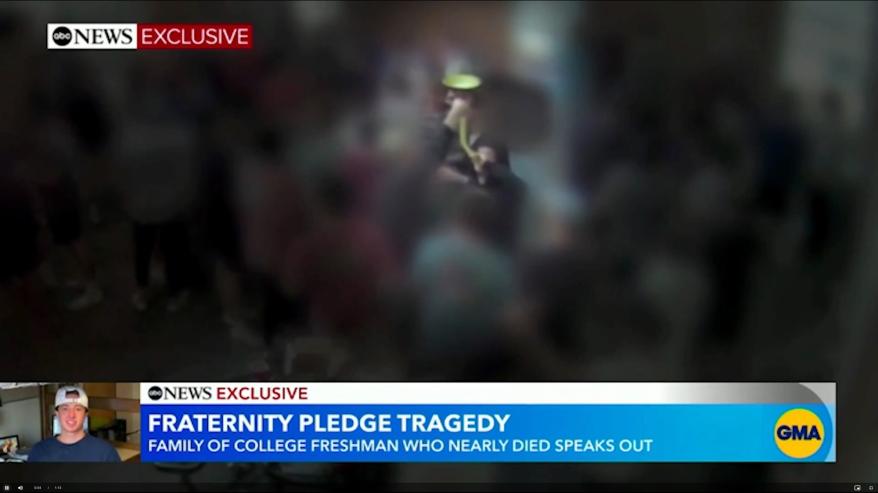 A funnel filled with alcohol being poured into Daniel Santulli’s mouth as an act of hazing. 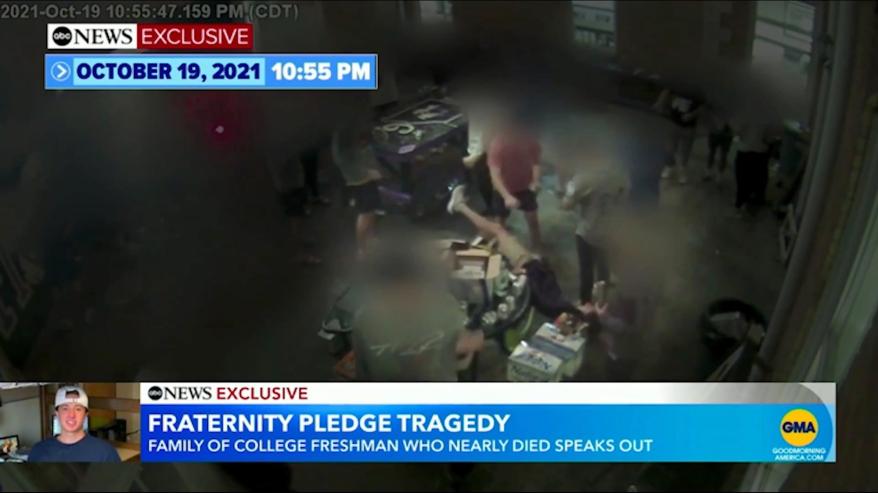 Daniel Santulli had a blood alcohol content of 0.486, six times the legal limit. 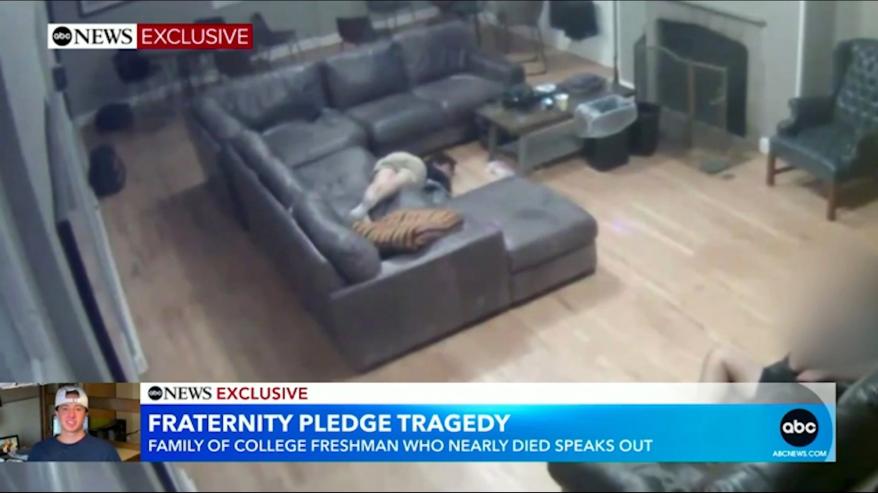 Daniel Santulli had to be revived in a hospital after his heart stopped.

Shultz, 21, is accused of being the fraternity vice president who picked up a liter of Tito’s vodka in October for the hazing, despite the Phi Gamma Delta’s supposed “no alcohol” policy, the Post-Dispatch said.

He allegedly handed the family-sized bottle to Delanty, who was Santulli’s “pledge dad” who told him he had to drink it, the report said.

Another member, Alec Wetzler, also poured beer into Santulli’s mouth with a funnel and tube, the suit says. Wetzler was charged earlier in June with misdemeanor counts of supplying alcohol to a minor and possession of alcohol by a minor. 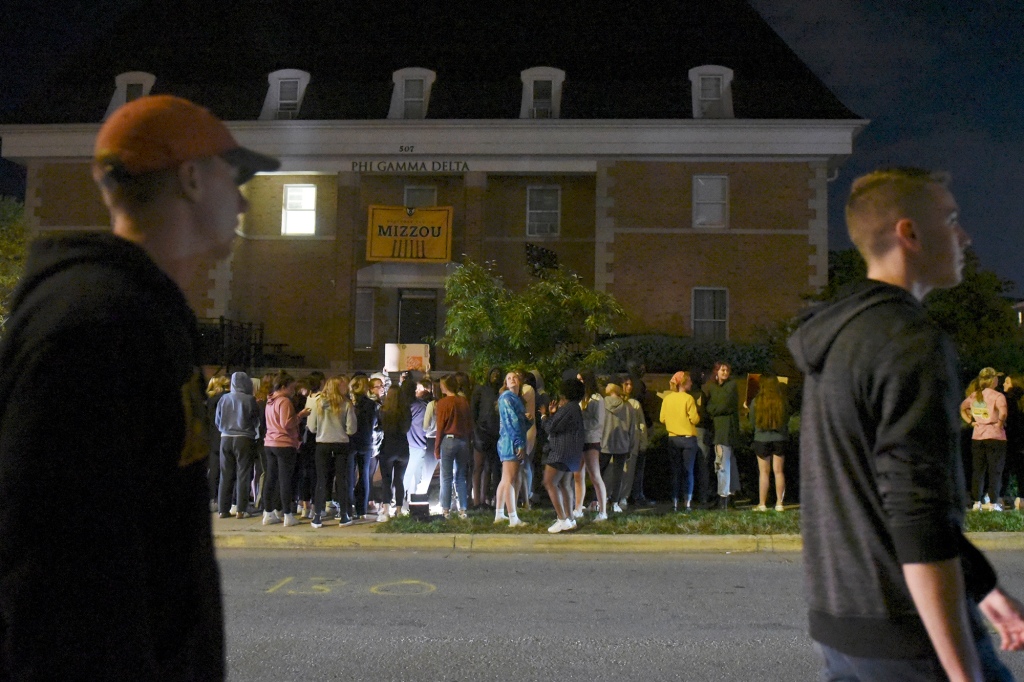 Santulli had already been having sleepless nights and had been left needing stitches and crutches after being ordered to climb inside a trash can with broken glass inside, his family’s attorney said.

Two nights before the hazing, he broke down crying to his sister about the stress — and his parents tried to get him to quit the pledge, the family’s lawsuit said.