Minnesota United happy to be home for clash vs. Real... 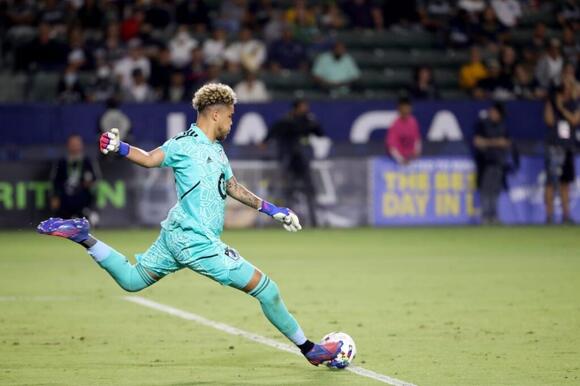 After spending the entire month of June on the road, Minnesota United get to play a home game on Sunday night when they host Real Salt Lake at Saint Paul, Minn.

Minnesota United (6-8-3, 21 points) last played at Allianz Field on May 28 when they dropped a 1-0 decision to defending MLS Cup champion New York City FC. The Loons then went 1-2 on their cross-country road trip which began with 2-1 losses at both New England and Inter Miami CF and ended with a 3-2 victory over the Los Angeles Galaxy on Wednesday at Carson, Calif.

“If feels like definitely a long time, especially with the travel of having (three) away games,” Minnesota United goalie Dayne St. Clair said. “I’m definitely looking forward to being back at Allianz in front of our fans for sure.”

Minnesota United play three of their next four games on home turf and also will play hosts to Everton of the English Premier League in a friendly on July 20.

Emanuel Reynoso scored twice in Wednesday’s win as the Loons built a 3-0 lead in the first 43 minutes before holding off a late push by the 10-man Galaxy who had forward Kevin Cabral sent off in the 25th minute after his cleat hit St. Clair in the head during a scramble in the box. It was the second career brace for Reynoso, who has five goals this season.

St. Clair finished with five saves in the win which snapped the worst eight-game stretch (1-6-1) in franchise history and came following a team meeting before Wednesday’s victory.

“The most important thing is that we got the three points,” Loons coach Adrian Heath said. “It’s a justifiable reward for the work the boys have been putting in on three difficult away games.”

Real Salt Lake (8-4-5, 29 points) are third in the Western Conference and 4-1-1 over their last six games. However, RSL are just 1-4-2 on the road since mid-March and comes in off a 0-0 home draw with the Columbus Crew last Saturday. Zac MacMath made two saves for his seventh shutout of the season.

“For as much as we didn’t create tonight, I thought we defended well,” RSL head coach Pablo Mastroeni said, according to KSL.com. “So while it wasn’t a great performance, it was a good enough perf…