Minnesota fentanyl pill bust could be largest seizure in Midwest,...

Authorities in Minnesota said officers seized what could be the largest fentanyl pills bust in the Midwest when they confiscated 108,943 tablets from a suspected dealer.

Bloomington Police Chief Booker Hodges said the bust stemmed from an Aug. 31 call to investigate a report of financial fraud.

“Through some very, very good police work, they ended up getting – this more than likely the largest fentanyl pill seizure in the Midwest,” he told reporters. “This is enough fentanyl to kill a fifth of the entire state’s population.”

He said the doses were pressed M-30 pills and intended to appear as oxycodone doses. All in all, police say the total weight of the fentanyl is 24 pounds, Fox Minneapolis reported. 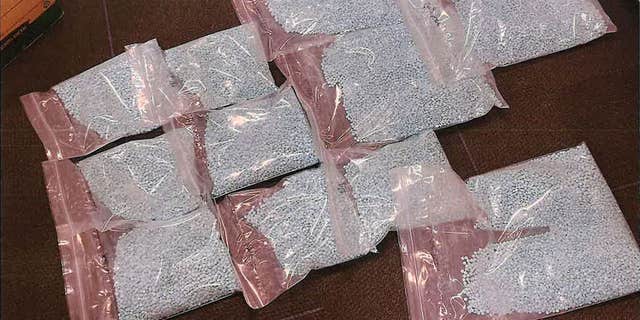 The suspect, Marcus Trice, 36, has been federally charged with possession of the synthetic opioid, Hodges said. He is not from Minnesota, he said.

Hodges said he witnessed a man die from overdosing on fentanyl earlier this week.

“This is killing a lot of people in Minnesota,” he said.

Large quantities of fentanyl have been seen at the southern border and is increasingly being seen by authorities during drug busts.