As the Mets descend upon Atlanta, they will bring with them the most drama that remains in MLB’s regular season. The NL East is the only division that has not been decided.

While Anthony Rizzo is managing Yankees games and the Dodgers are experimenting with using Andrew Heaney out of the bullpen, the Mets and Braves have had their feet jammed on the gas pedals for six months.

Neither has been able to look ahead to the postseason, which essentially will begin Friday with the start of a three-game series at Truist Park. In one series, the Mets could win the division — and celebrate at their opponent’s home while clinching a first-round bye — or they could bury themselves as a likely wild card with severely compromised World Series chances (they could also leave Atlanta with the division still up for grabs). 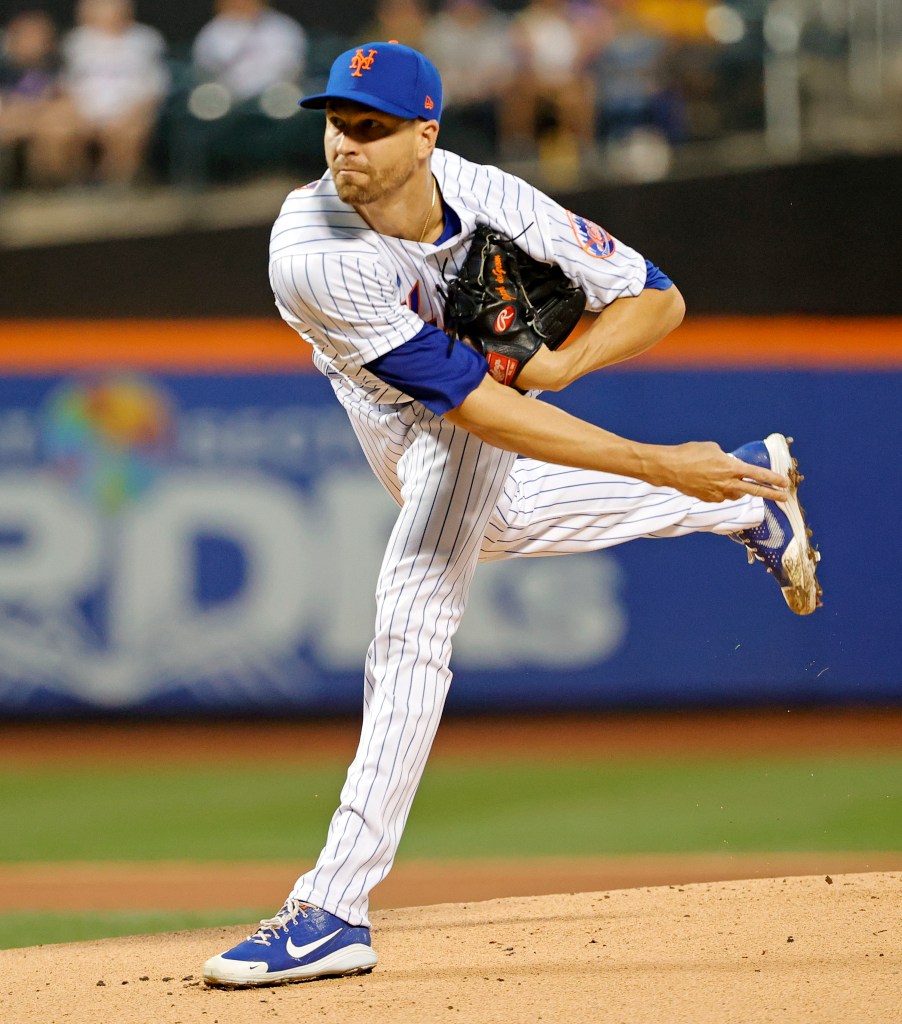 Jacob deGrom will start the series opener on Friday.

The stakes are Pete Alonso-sized for a Mets club that is clinging to a one-game lead.

“We know how good they are, and we’ve got an opportunity, just like they do,” manager Buck Showalter said Wednesday after his Mets grabbed back the division edge. “It’s an honor to be a part of it.”

The Mets have won nine of the 16 head-to-head matchups with the Braves this season, and one more victory would nail down the season series and, with it, the tiebreaker. As long as the Mets can win one of the three games, they would control their fate: If they take one game from the Braves and then sweep the Nationals at Citi Field, they would win the division even if the Braves win five of their last six games.

But the Mets have squandered opportunities before. The Mets increased their NL East advantage to as many as 10 ¹/₂ games on June 1 before recent bumps in the road have allowed the red-hot Braves to emerge, threatening to derail what has been a special season in Queens.

Since the start of June, Atlanta has gone a staggering 74-32. There likely will be a 100-win wild-card team out of the NL East.

“This is fun. This is really, really fun being in a race like this,” Alonso, who has been mostly held in check by Atlanta’s pitching this season (.695 OPS), said this week.

Both teams adjusted their rotations in the past week to use their best pitchers in the next three days. Jacob deGrom, Max Scherzer and Chris Bassitt, in that order, will match up against Max Fried, Kyle Wright and Charlie Morton. Braves standout rookie Spencer Strider is on the injured list.

On Friday, all eyes will be on deGrom, who has been dominant in just about every start this season, except his most recent one, a concerning four-inning, five-run dud in Oakland. The Mets’ co-ace has pitched twice in 2022 against Atlanta, and has been overpowering — striking out 21 in 12 ¹/₃ innings, including carrying a perfect game into the sixth inning on Aug. 7 — but also prone to late-outing home runs that have contributed to a 3.65 ERA.

The lefty Fried has not allowed more than two earned runs in any of his past nine starts. He has been good, but not great (3.00 ERA in four starts), this season against the Mets, who have had problems with southpaws.

The focus will be on the mound because it no longer — at least for now — will be on the weather reports. Hurricane Ian, which all week was forecast to sweep through Atlanta, leading to talks about whether to reschedule the games, appears to be tracking farther east.

The defending-champion Braves, who have drawn the third-most fans in baseball, would not have wanted to lose their home-field advantage. All reports suggest Tru…