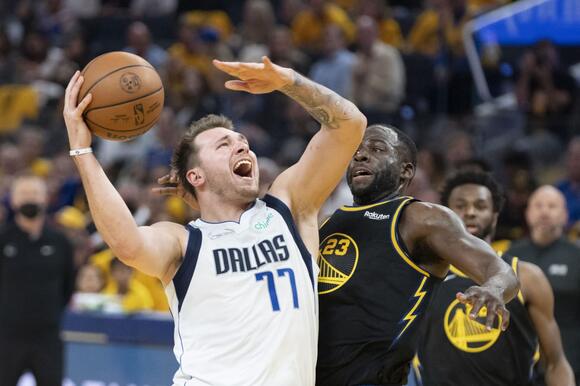 The Mavs are expected to turn even more heads next season.

Even if the Dallas Mavericks didn’t make any significant moves this offseason, one could argue that they’d still be one of the best teams in the Western Conference next year. Despite having one of their best bench scorers in Tim Hardaway Jr. out due to a foot injury and not enough wing depth, Luka Doncic and the Mavs got all the way to the conference finals before being knocked off by the champion Golden State Warriors.

However, Dallas GM Nico Harrison didn’t waste any time addressing one of the team’s biggest weaknesses by trading for Houston Rockets versatile big man Christian Wood on Wednesday evening. When you pair that with the fact that the Mavs are still looking to improve their depth with three open roster spots as free agency approaches, it’s easy to see how the team could be even better next season.

On Friday, ESPN released its ‘way-too-early’ NBA power rankings , and the Mavs came in at No. 5 on the list, trailing only the Memphis Grizzlies, Milwaukee Bucks, Boston Celtics and Warriors.

“The Mavs are confident that they will re-sign Jalen Brunson in the wake of their run to the West finals,” writes Tim MacMahon.  “He will likely again be Dallas’ second-best player, behind Luka Doncic, as GM Nico Harrison is handcuffed by the Mavs being well into luxury tax territory with limited first-round picks to dangle in trade packages.

“The Mavs filled one major need by trading for high-scoring center Christian Wood – a deal that will become official on draft night – and are expected to target a rotation wing in free agency. ”

After getting an up-close look at what it takes to get to the finals , Doncic and a revamped Mavs’ roster should be able to use that experience to do even more next season if healthy.

As far as the rotation wing search goes, there are a number of interesting names to consider, including Otto Porter Jr., Nicolas Batum, T.J. Warren and a handful of others . There is also the possibility that the Mavs aren’t done making trades. Being that the Wood trade was agreed upon so early, it has given Dallas a full week before the draft…