The inferno broke out when lighting hit a tank at the Matanzas Supertanker Base and started a fire that spread to a second tank, according to state media.

Billowing smoke could be seen in Havana, 65 miles away.

One body was recovered at the base Saturday as some 800 people were evacuated from a nearby neighborhood, authorities said.

“I was in the gym when I felt the first explosion. A column of smoke and terrible fire rose through the skies,” Matanzas resident Adiel Gonzalez said. “The city has a strong smell of sulfur.” 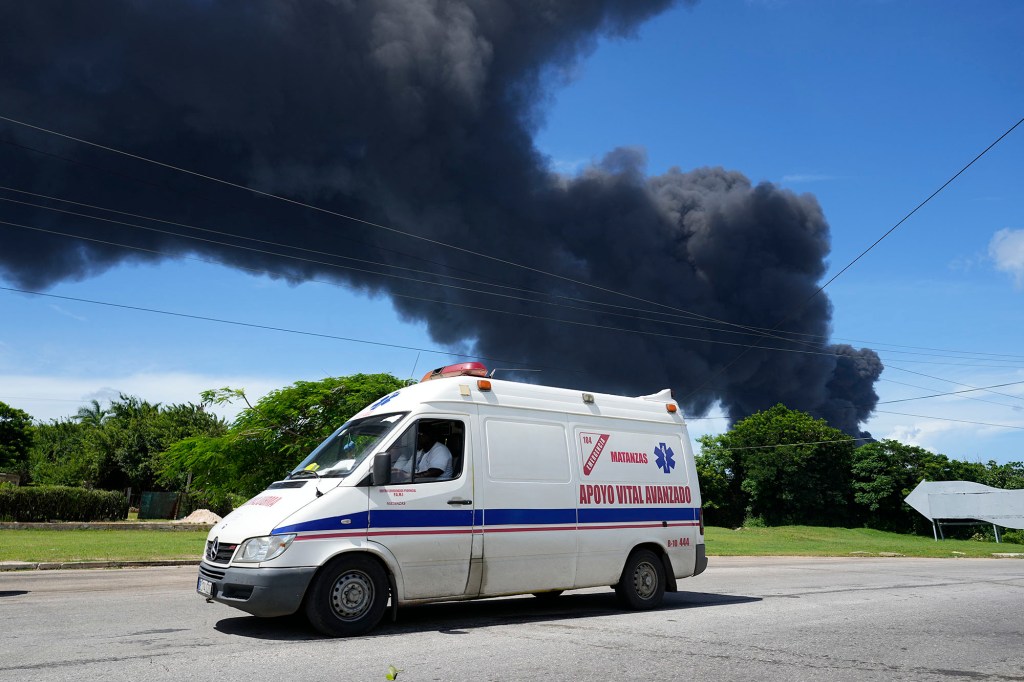 At least one person died and 121 people were injured by the fire. 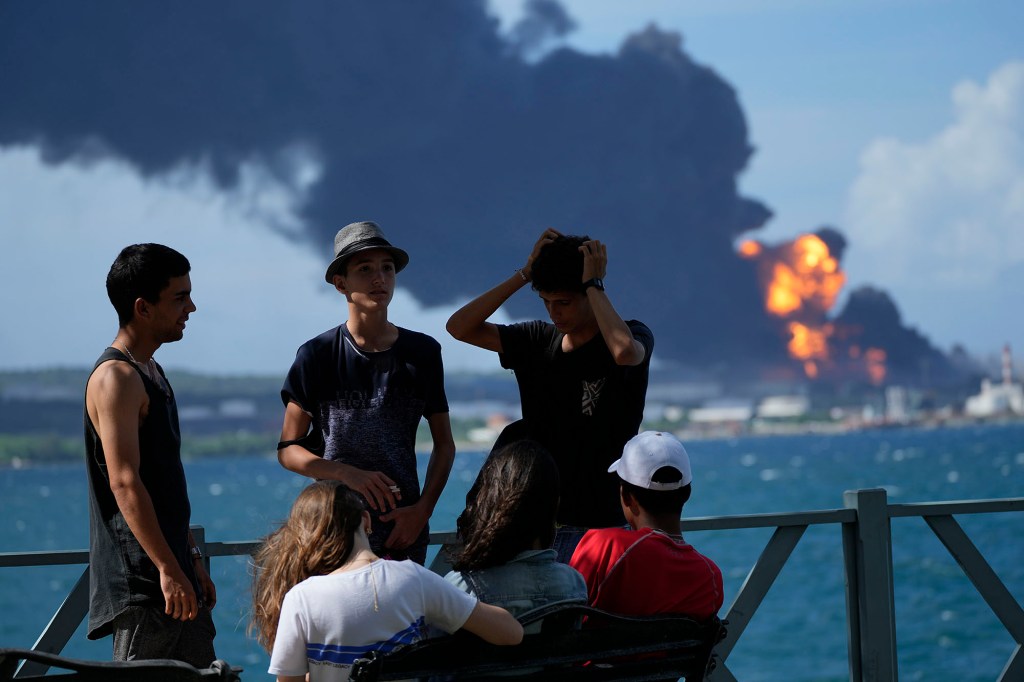 17 firefighters are unaccounted for. 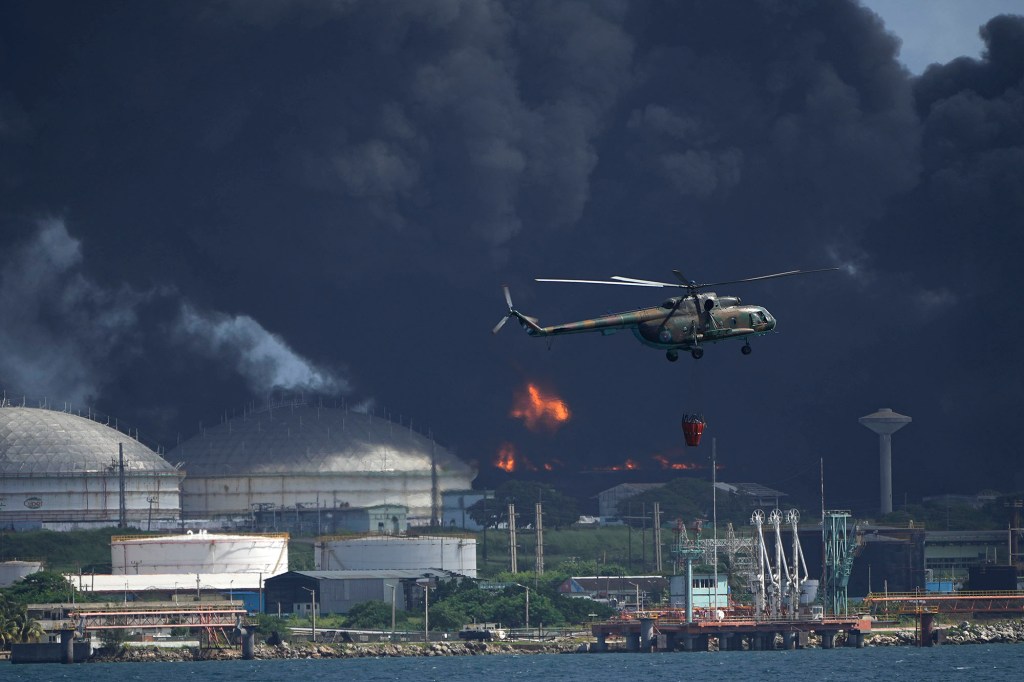 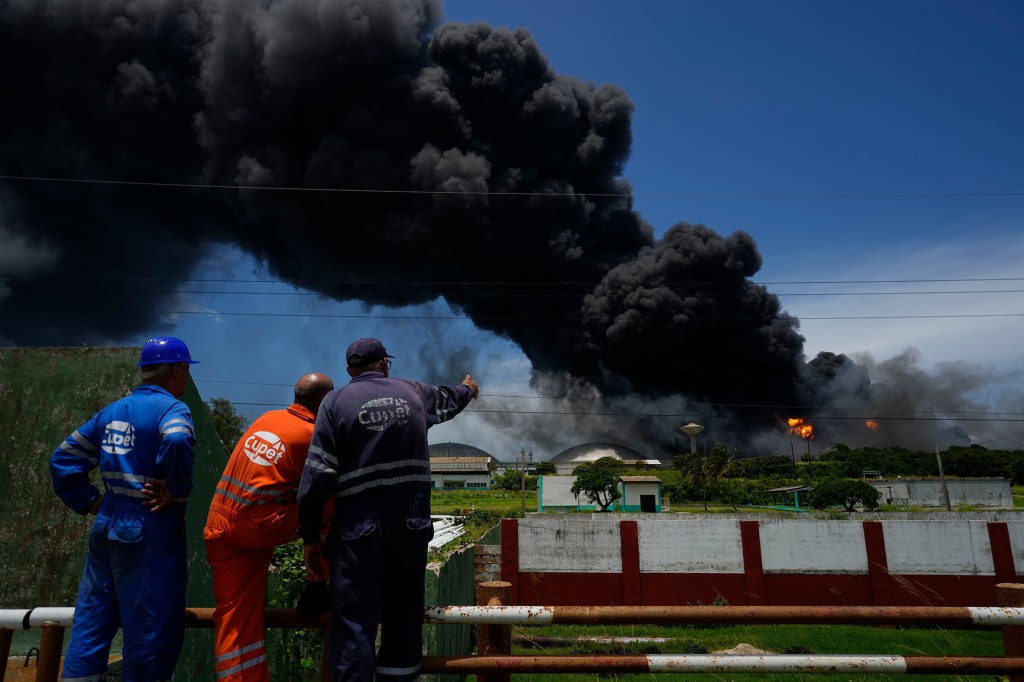 Workers of the Cuba Oil Union watch as firefighters work to extinguish a massive fire at the Matanzas Supertanker Base.

Firefighters were frantically working to keep the fire from spreading to six other tanks as officials had asked for help from “friendly countries” with oil sector experience.

A support plane from Mexico arrived Saturday as Cuba thanked the US, Venezuela, Russia, Nicaragua, Argentina and Chile for offering aid.

The oil in the tanks is used to fuel electricity generating plants. The blaze comes as Cuba continues to grapple with an oil shortage. 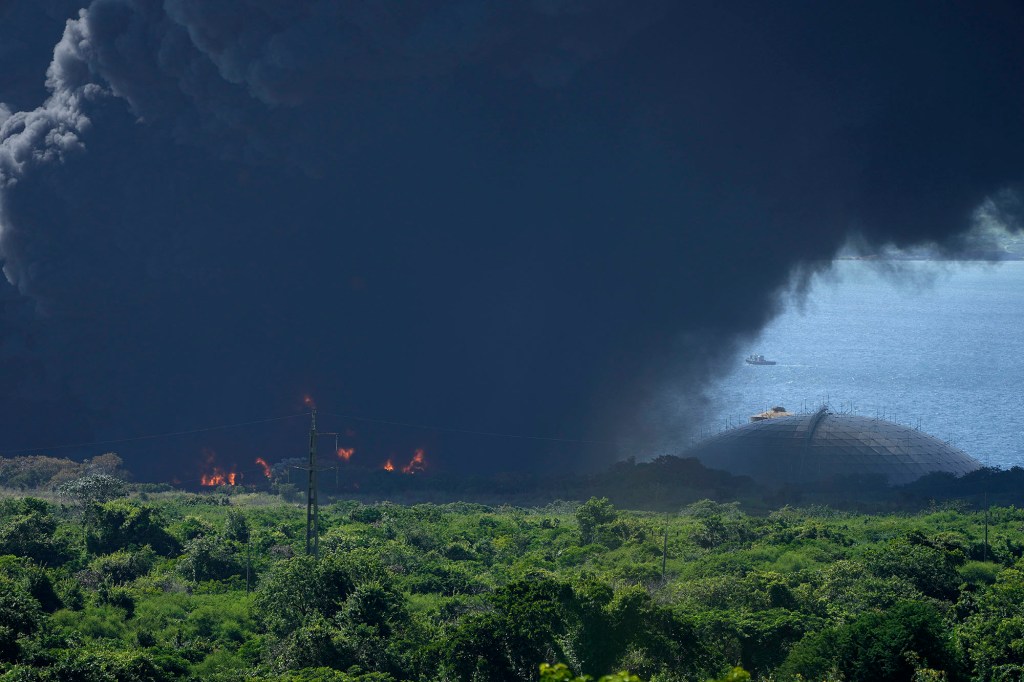 Smoke could be seen 65 miles away from the facility in Havana. 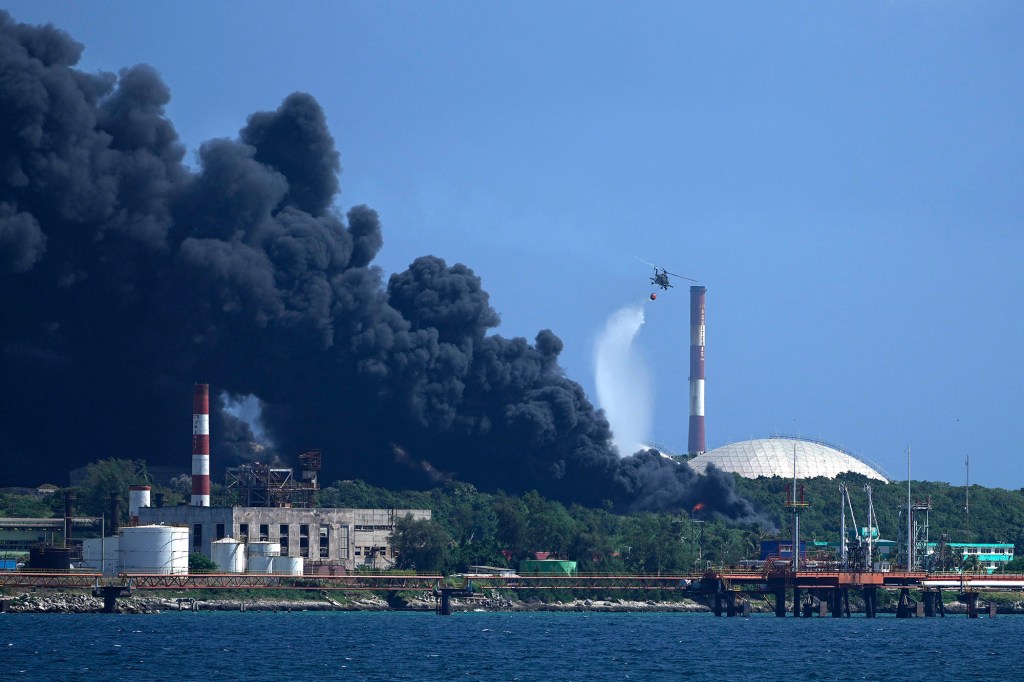 A helicopter dumps water over the Matanzas Supertanker Base. 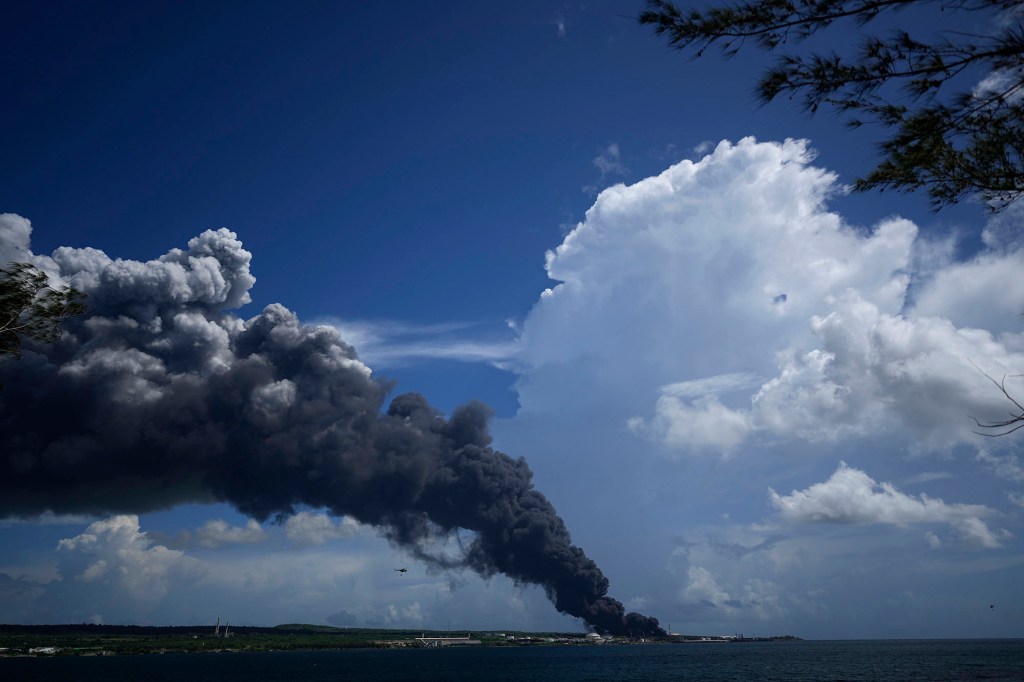 The fire hit while Cuba is in the midst of an oil shortage.