What had been a happy Father’s Day for 41,255 Mets fans at Citi Field was ruined by a kid.

Jerar Encarnacion — a 24-year-old making his major league debut — smacked an opposite-field grand slam for his first career hit, spoiling an excellent outing from Chris Bassitt and handing the Mets a 6-2 loss Sunday.

The Mets (44-24) snapped a three-game winning streak and temporarily dropped to six games ahead of the second-place Braves, who had not yet finished play.

In a matter of a few minutes, Mets fans went from a standing ovation for Bassitt to raining boos upon Seth Lugo.

Buck Showalter stuck with Bassitt to start the seventh inning despite the righty beginning the frame with 98 pitches thrown. Two singles and a walk later, Lugo entered with the bases loaded for Encarnacion, a righty hitter who had been called up Friday. 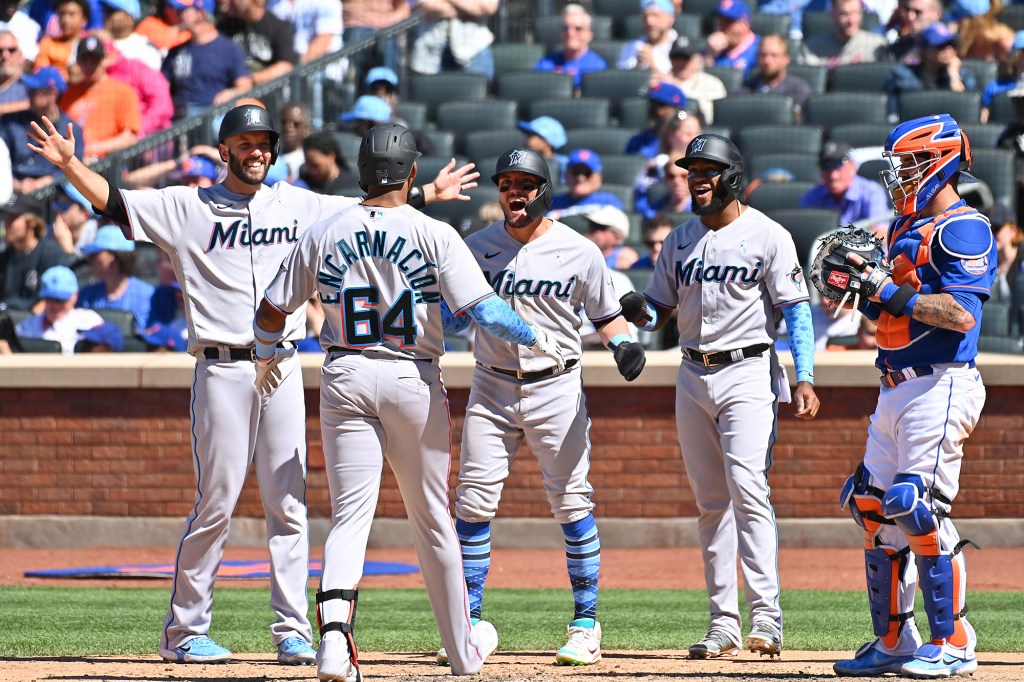 On the sixth pitch of the at-bat, Lugo’s sinker got too much of the plate, and Encarnacion slashed it far beyond Starling Marte’s reach in right field to silence a rowdy park.

Lugo, who later walked Jazz Chisholm and surrendered an RBI double to Jon Berti, was booed off the mound upon finally completing an inning that the Mets began with a lead.

Keep up with the most important sports news

Sign up for Starting Lineup for the biggest stories.

Thanks for signing up

The Mets’ offense had gotten to Sandy Alcantara in the sixth, when Marte lined a two-out triple — the Mets’ league-leading 16th — into left-center. With two outs, Francisco Lindor singled into center field for the game’s first run, his seventh RBI in the series and 52nd of the year. He had 63 all of last season.

Marte’s hit was the first for the Mets since the third inning. They could do little against Alcantara, who allowed two runs on six hits in eight innings, actually raising his ERA to 1.72.

“I don’t know why we’re playing the game,” Showalter said jokingly before the contest while praising the Marlins ace. “He’s good.”

For 6 ²/₃ innings, though, Bassitt was better.

A day after Taijuan Walker struck out nine, Bassitt matched him for his season high in strikeouts. In his first career game against Miami, he allowed five hits and two walks and left the game in line for the win. But he left those three runners on base, all of which Lugo allowed to score.