Man threatens people at NYC McDonalds with an axe 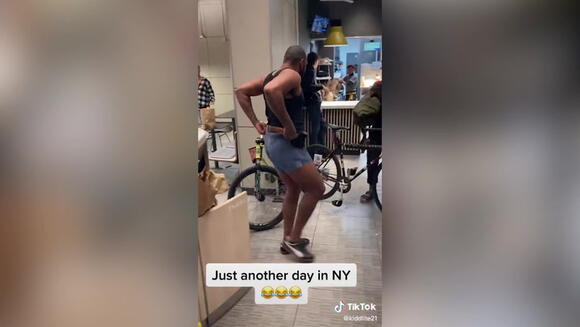 A man went on a rampage with an axe inside a McDonald’s on the Lower East Side in New York last Friday, 16 September.

Michael Palacios, 31, was seen taking an axe from inside his bag after an altercation at the fast food joint. He smashed glass walls, tables, and threatened people inside the restaurant.

Police arrested Palacios hours later. He was arraigned on fourth-degree criminal-mischief and possession-of-weapons charges but was released without bail at his arraignment, officials said on Sunday.