Man shot and killed during robbery in Encino, LAPD says;... 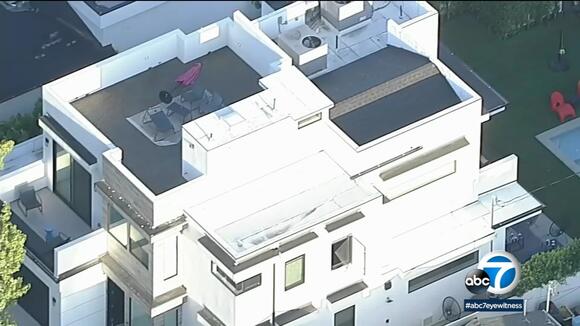 Police are looking for two suspects after a man was shot and killed during what police believe was a robbery in a quiet Encino neighborhood Monday morning.

Officers responded to the 18000 block of Martha Street around 6:30 a.m., according to the Los Angeles Police Department.

Investigators said the victim – who was described only as a 24-year-old man – was taken to a nearby hospital by a friend.

“Officers responded to that local hospital and were able to determine that the shooting victim at the hospital was connected to the shooting here on Martha Street,” said LAPD Ofc. Drake Madison.

The man died at the hospital, according to police. It’s unclear how he was connected to the incident itself. Police said he was reportedly staying at the home.

Meanwhile, video provided by a neighbor from a Ring camera shows a couple of men in front of the neighbor’s home and a speeding car going toward the house where the shooting happened.

The men in the video weren’t identified as suspects by police.

Arguing could be heard in the home surveillance footage, though it’s difficult to hear.

“Saw two people, one in my driveway and o…