Man fired by crying CEO inundated with job offers: Every...

One of the employees fired by the “crying CEO” whose tearful selfie went viral on LinkedIn has been deluged with job offers — prompting his former boss to say that all of the abuse and ridicule he got online was worth it.

Braden Wallake, the CEO of Columbus, Ohio-based marketing firm HyperSocial, took to LinkedIn on Monday and posted screenshots of the inbox belonging to Noah Smith, a South Dakotan who was one of the two employees he fired last week.

“Noah sent me this pic the other day,” Wallake wrote on LinkedIn. He attached a screenshot of Smith’s inbox which was overflowing with messages from prospective employers interested in offering him a job. 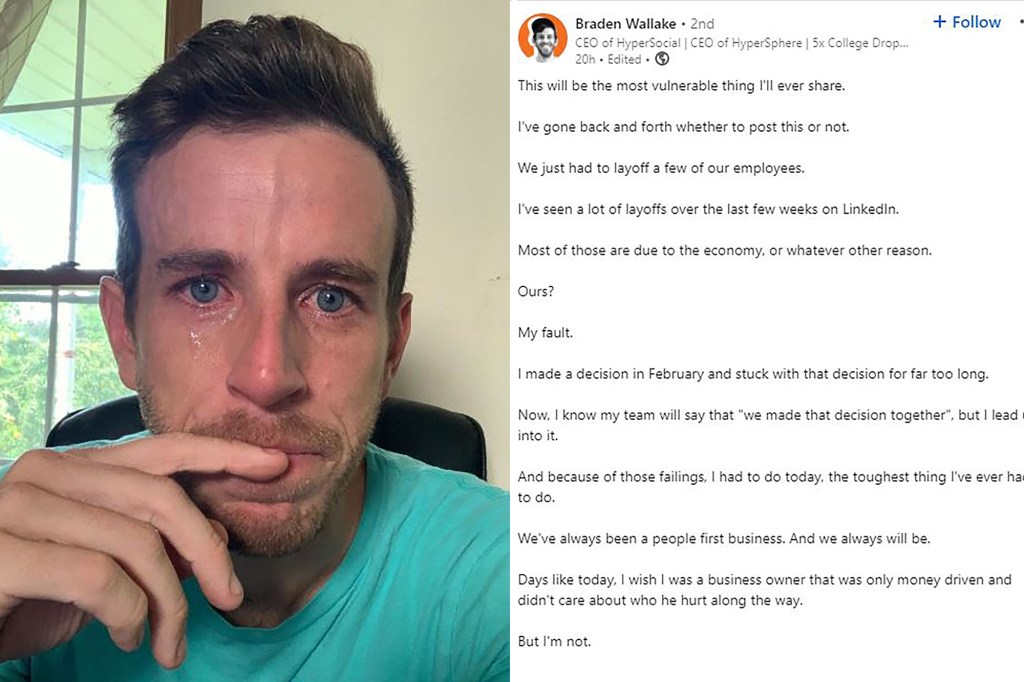 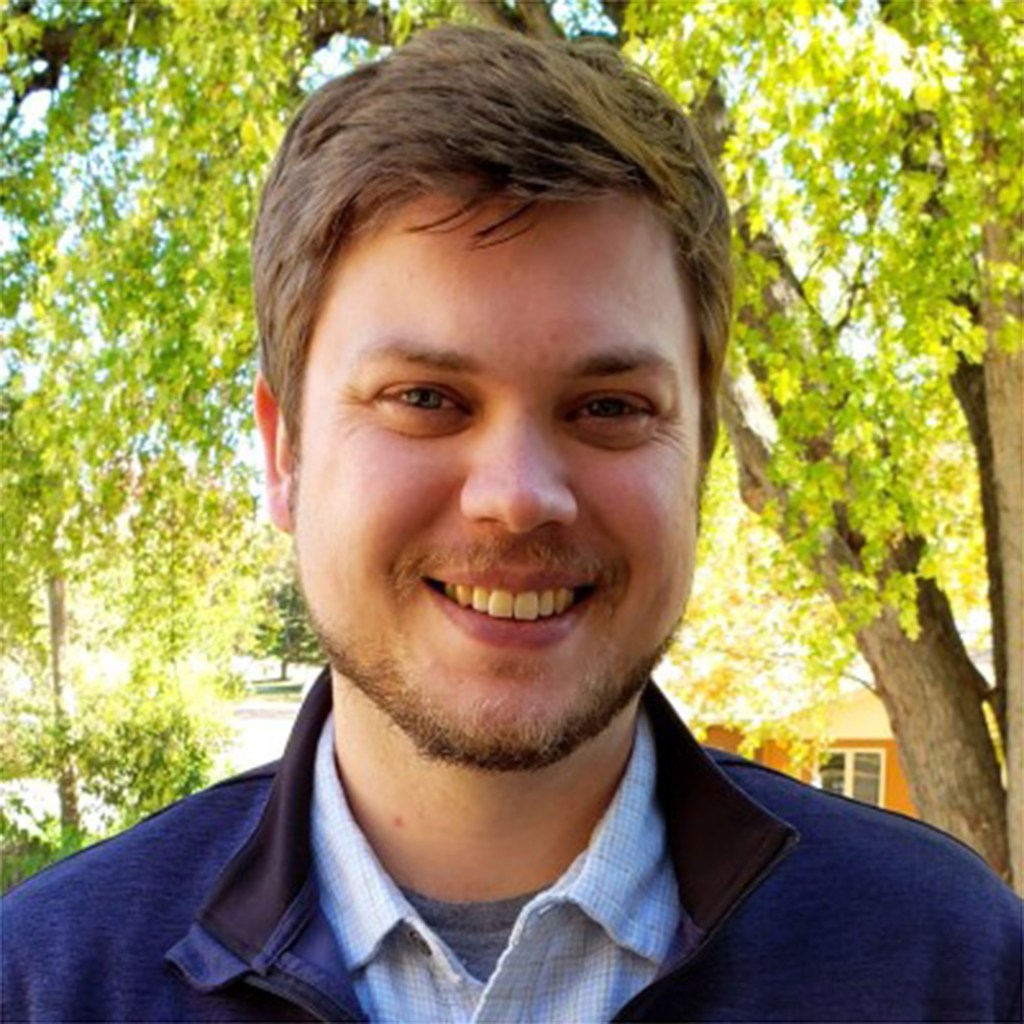 Noah Smith, one of two HyperSocial employees fired by Wallake, apparently has a plethora of job offers.

“Because of you all, Noah is going to have a plethora of incredible opportunities to choose from.”

Wallake added: “And wherever he decides is going to be so lucky to have him!”

“Going viral was never intended, but seeing this makes every single nasty comment worth it,” Wallake wrote.

The “crying selfie” that Wallake posted on LinkedIn last week generated tens of thousands of shares, turning him into an internet celebrity.

Many of the comments directed at him were scathing, as Wallake was accused of seeking pity and turning himself into a victim even though it was his employees who were being laid off and thus more deserving of sympathy.

But Wallake remained defiant. He said he had no regrets about posting the viral selfie, and he cited Smith’s inbox as reason enough.

Last week, Wallake continued to post on LinkedIn despite the widespread ridicule generated by his crying selfie and the accompanying text of his post. 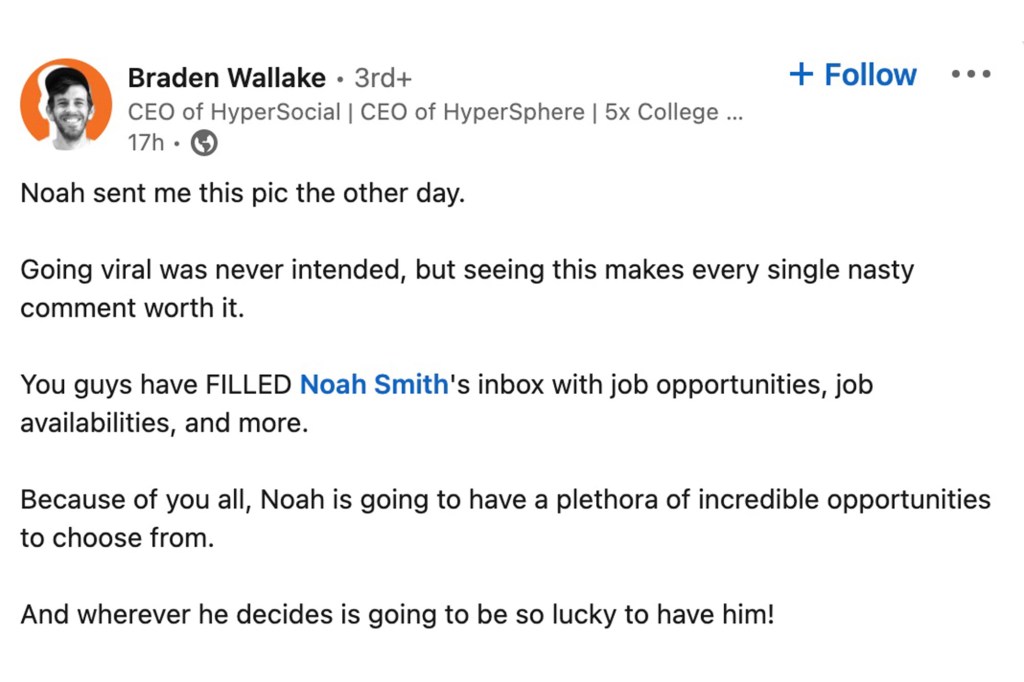 “Going viral was never intended, but seeing this makes every single nasty comment worth it,” Wallake wrote.

“This will be the most vulnerable thing I’ll ever share,” Wallake wrote.

“I’ve gone back and forth whether to post this or not.”

“Days like today, I wish I was a business owner that was only money driven and didn’t care about who he hurt along the way. But I’m not,” Wallake wrote alongside the picture of tears streaming down his face.

“So, I just want people to see, that not every CEO out there is cold-hearted and doesn’t care when he/she have to lay people off,” he added.