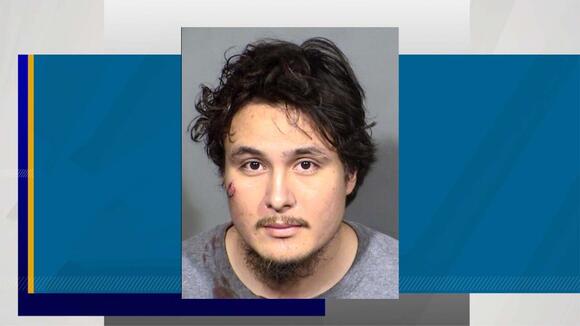 LAS VEGAS (KLAS) — The man charged in a bicyclist’s death was going northbound at 59 mph on Las Vegas Boulevard North and “flew past” another car moments before he lost control just past the intersection at Pecos Road, according to a Metro police arrest report.

Data obtained from the 2007 Chevrolet Cobalt’s computer shows Raymond Perez-Hernandez, 26, slowed down before the Friday night crash. But the car made an abrupt turn to the left and rotated clockwise before crossing all three travel lanes and going up over the curb, striking the bicyclist. The speed limit on that road is 45 mph.

Abe Cruz Mendibles, 41, was killed in the crash. The arrest report indicated the force of the crash nearly severed his legs. Police said they were able to determine the bicyclist was on the sidewalk east of the road, but they couldn’t tell which direction it was traveling. The crash also caused extensive damage to a power pole, which had to be replaced.

Police have not yet released the results of toxicology reports from two blood tests on Perez-Hernandez — one taken at the scene and the other at the hospital.

Witness reports indicate a couple was northbound on Las Vegas Boulevard when a car came up fast behind them and veered around them, losing control.

He is currently in the Clark County Detention Center awaiting a Monday court hearing.

“I just want justice for my son, and I want him to pay for what he has done,” said Abe’s mot…