Man dies after being shot multiple times sitting on West... 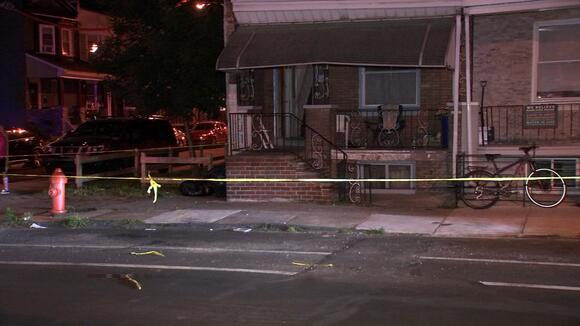 A 47-year-old man was killed while sitting on his front porch in West Philadelphia, authorities say.

Police say two masked men shot him multiple times as they stood in front of the house at Vine and North 61st streets around 11:30 p.m. Monday.

Police say one of the suspects fired at least six shots at very close range.

The victim was struck several times in the chest and torso.

He was able to run back into the house where he collapsed in the first-floor bathroom.

Medics found him in the bathroom and pronounced him dead at the scene.

Officers believe the suspects targeted the victim since another man sitting next to him on the porch was not harmed.

Police found surveillance cameras on the street. They are also interviewing the other man and residents who were inside the home.

No arrests have been made.