Man crashes car near US Capitol barricade, opens fire and...

A man drove a vehicle into a barricade near the US Capitol early on Sunday and opened fire in the street before fatally turning the gun on himself as his car burst into flames, authorities said.

Nobody else was injured in the 4 a.m. incident, which started when the unidentified man rammed his car into a barricade at East Capitol Street and Second Street in Washington DC, according to the US Capitol Police.

The car “became engulfed in flames,” when the driver got out, and he subsequently “fired several shots into the air,” police said.

After Capitol Police officers approached the man, he fatally shot himself. 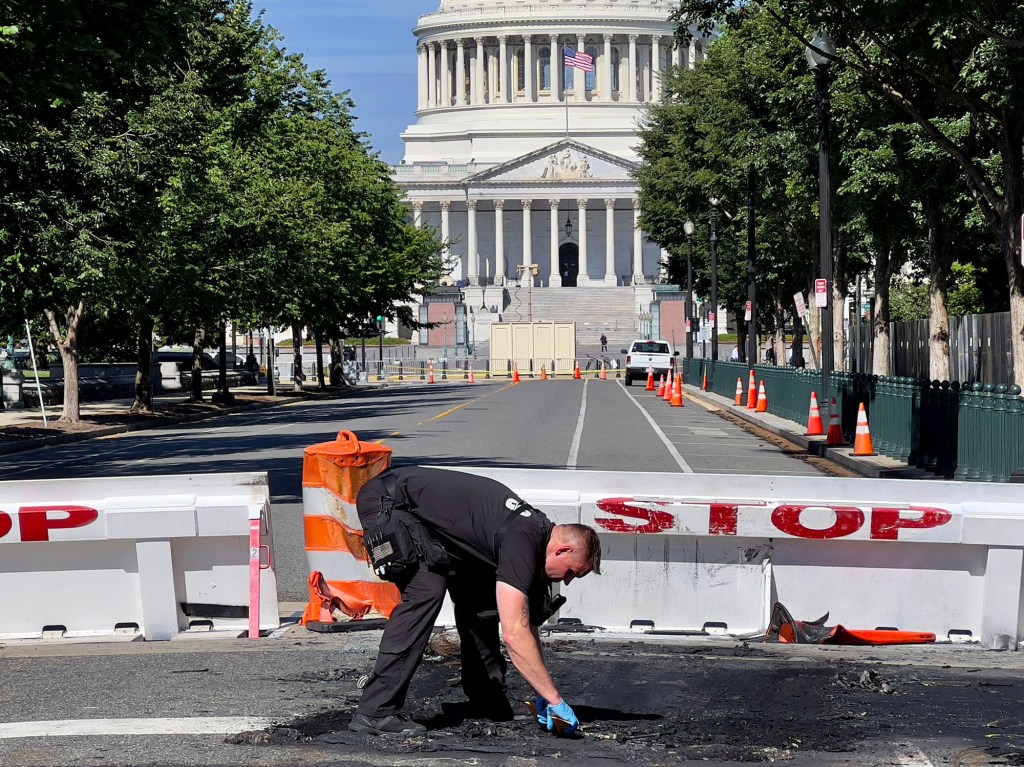 A US Capitol Police Officer works near the area where the man crashed. 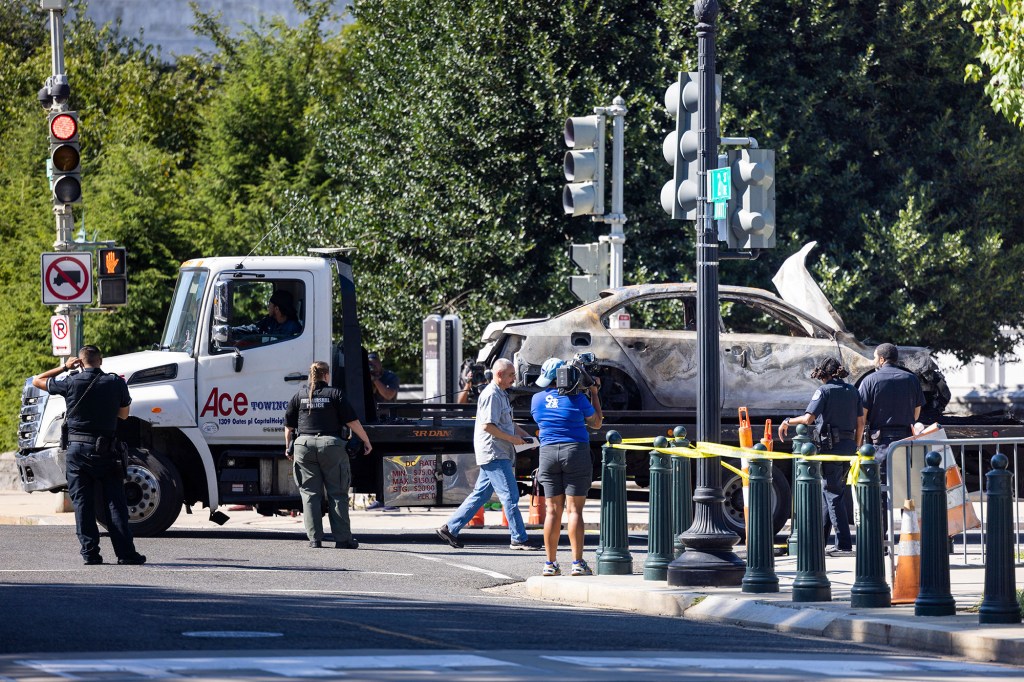 Nobody else was injured in the 4 a.m. incident. 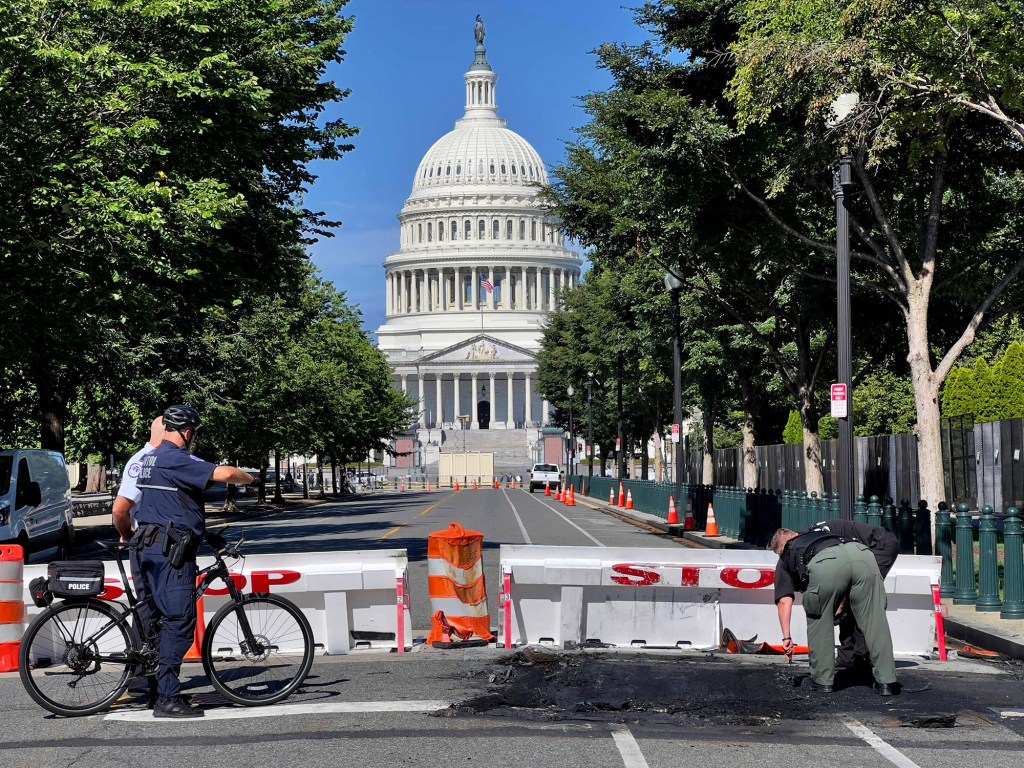 Officials examine the area where the incident happened outside the Capitol. 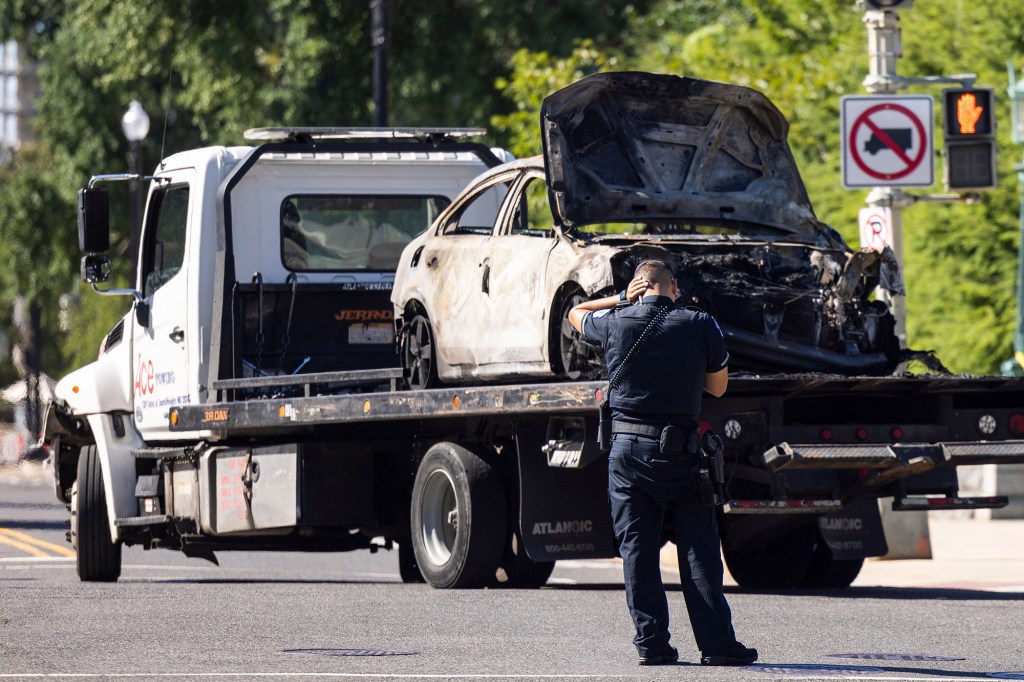 “It does not appear the man was targeting any Members of Congress,” a rele…