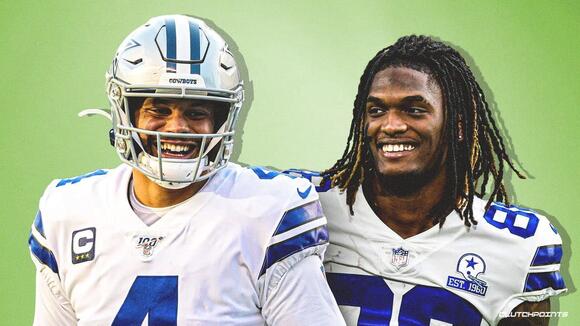 “The resilience that I saw … then his rehab after his injury … By far, I’ve never seen a work ethic like that.” – Biadasz on Dak.

As the clock hit zero, the ball was firmly placed in the turf below, with the spirit of the Dallas Cowboys squad sunken beneath it. The Dallas Cowboys had fallen to the San Francisco 49ers 23-17 in their Wild Card playoff match.

With 14 seconds remaining, it was a QB keeper that Dallas went with. The play gained 17 yards, but would go on to run down the remainder of the game clock. The mob was already forming against Dak Prescott and company the second the cluck struck zero.

But now it’s bounce-back time – and Prescott the leader has, not surprisingly, guided teammates to a holiday-weekend workout in Florida, per his IG.

“It’s one of those plays where you have that split-second decision. You’re damned if you do, damned if you don’t,””But the play call wasn’t anything new to us. It was more, ‘If the ref has a better angle,’ or, ‘If it’s not on the hash versus the middle,’ or whatever the case may be.

“And that’s football. Football comes down to the inches of the game.”

Despite the crushing loss and continued playoff drought for Dallas, the 2021 NFL season was still a story of resiliency for franchise quarterback Dak Prescott – and that is the centerpiece of what Biadasz and the Cowboys are focusing on moving forward.

After suffering his awful season-ending ankle injury in the 2020 season, Prescott rallied back with a 37-passing-TD campaign in 2022. Despite some peaks and valleys, he led his team to a 12-5 record on the back of a 104.2 passer rating.

His center agrees with Dak himself, who believes more positives are on the way.

“It’s a product of working on everything,” said Dak, who said he has confidence right now that is “through the roof ,” in part because he’s more lean. “Whether it be rotation, whether it be diet or whatever, just focused on every way I can get better.

“I t hink I have just dropped some of the baby fat off.”

“The resilience that I saw … then his rehab after his injury … By far, I’ve never seen a work ethic like that,” Biadasz to NFL Network’s Good Morning Football during an appearance . (Hat-tip CowboysWire .) “And his (rehab) mentality … every single day, just working. He would literally be at the facility, not kidding, honestly, like that whole day – eight hours, go home, do more rehab, come back, throw, everything – that whole offseason.”

Despite a disheartening end to thei…