live: Trump popularity hits new low in poll as he... 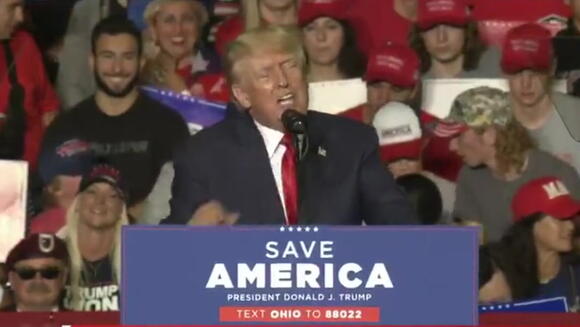 Donald Trump lambasted FBI agents for allegedly walking on his bedroom carpet at Mar-a-Lago with their shoes on last month as he returned to his estate in Southern Florida.

The former president also attacked the federal bureau for leaving the scene in a way that meant his Florida home “will never be the same” again, as Axios revealed why his lawyers had chosen Raymond Dearie, a rumoured FBI “skeptic”, as special master in the case brought by the Justice Department against him.

Meanwhile, President Joe Biden who attended the funeral of Queen Elizabeth II in London on Monday, said over the weekend that the FBI’s discovery of top-secret documents at Mar-a-Lago in August raised concerns that sensitive data was compromised by Mr Trump holding onto hundreds of documents, and called it “irresponsible”.

Mr Trump meanwhile took to the rally stage in Ohio at the weekend and claimed that he invented the word “caravans” to describe groups of migrants as he dubbed them “murderers and rapers” in a rally speech under fire for its apparent association with QAnon.