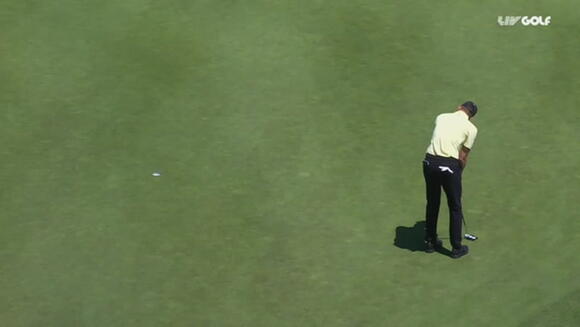 Follow all the action as Dustin Johnson and Carlos Ortiz take a share of the lead into the final round of the second LIV Golf event.

Johnson carded eight birdies in a round of 68 at Pumpkin Ridge Golf Club in Portland, Oregon yesterday as the former world No 1 looks to snatch the eye-watering £3.25m top prize. Ortiz, one of the Saudi-backed breakaway’s newest recruits, shot a 69 to ensure he joined Johnson at the top of the leaderboard on eight-under-par. Their closest challenger comes in the form of Branden Grace , who is two shots back. Fellow South African Justin Harding starts one shot further adrift at five-under-par, while Brooks Koepka and Patrick Reed are still in with an outside chance as they start four shots off the lead.

One man certainly not poised to make a charge is Phil Mickelson , who has endured another torrid week after his calamitous performance at the US Open. The 52-year-old is six-over-par but …