Listen To Johnny Depp And Jeff Beck Put Their Spin... 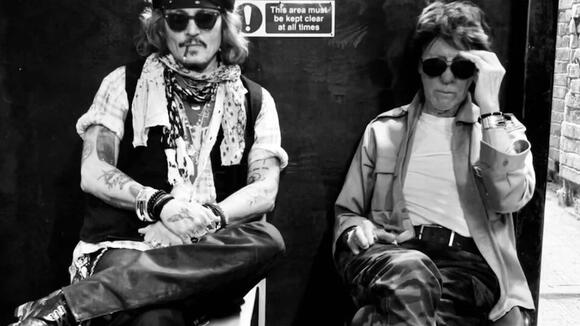 Just days after winning his defamation case against ex-wife Amber Heard , Johnny Depp revealed he was working on an album with English guitarist Jeff Beck . In the weeks that have followed, the duo have detailed the album, titled 18 , and given fans a taste of what to expect with an original song , the Depp-penned “This Is A Song For Hedy Lamarr,” and a cover of The Velvet Underground’s “Venus In Furs.” Now, the duo’s giving another preview with a cover of The Beach Boys ‘ Pet Sounds track “Caroline, No.”

Beck wails in a live video of the cover, which is notable for removing the song’s lyrics.

“That entire album was great support for me in horrible times,” Beck said in a statement about The Beach Boys’ album Pet Sounds . “I’d left the Yardbirds and regretted it because I had nothing…I bought a stereo and Pet Sounds , and I was just riveted to the spot. I remember it was a great big cure from losing the Yardbirds, having Read more – IHEARTRADIO