This gift might be a “fake” — believe it or not.

Kim Kardashian rocked generations of fans when she stepped out on the Met Gala red carpet wearing one of Marilyn Monroe’s most iconic looks.

The dress was a loaner from Ripley’s Believe it Or Not! Museum in Orlando, Florida, which reportedly also surprised the 41-year-old reality TV star with what they claimed to be a lock of the legendary bombshell’s platinum hair.

However, Monroe historian Scott Fortner claims to have debunked Ripley’s story, and may have the receipt to prove it.

“News Alert: Marilyn Monroe Hair Gifted to Kardashian by Ripley’s is Fake,” Fortner declared on Instagram. On Friday, the collector re-shared Ripley’s clip of Kardashian accepting her gift, followed by a screenshot from the museum’s website, and what Fortner claims to be a photo of a 1962 hair salon receipt — putting the hair-loom’s origins into question.

Fortner is said to keep the world’s largest private collection of Monroe’s property and archives, according to his website TheMarilynMonroeCollection.com, where he also shared a blog post billing Kardashian’s Monroe lock as “fake.”

According to Ripley’s, the “lock was clipped by her hairstylist Robert Champion just prior to her Madison Square Garden performance,” when she famously crooned “Happy Birthday” to President John F. Kennedy. 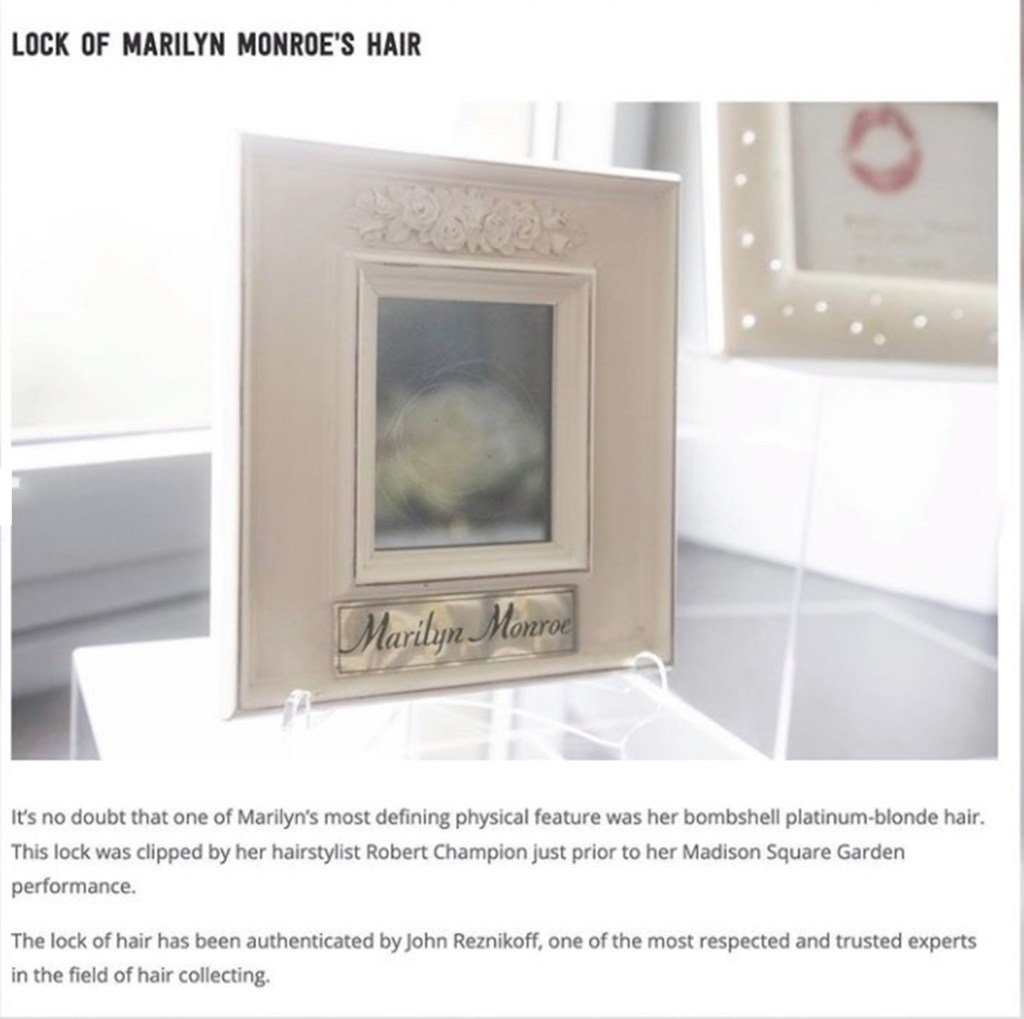 Ripley’s Believe It or Not! museum claimed to have a lock of Marilyn Monroe’s hair from her hairstyling right before her performance at JFK’s birthday gala at Madison Square Garden. 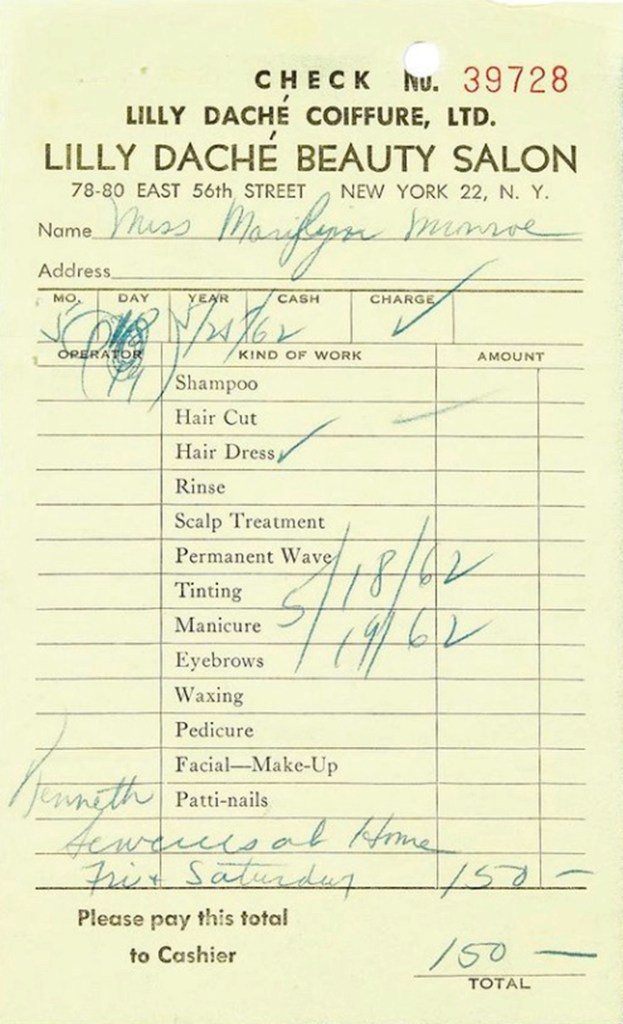 Marilyn Monroe expert Scott Fortner shared what he claims to be a receipt from the hairstyling appointment the actress had in the days surrounding the gala.

The museum notes that the lock from the starlet’s signature blonde bob was “authenticated by John Reznikoff, one of the most respected and trusted experts in the field of hair collecting.”

But Fortner has alleged that hairstylist Champion never touched Monroe’s hair on that infamous night.

“Paul Fraser Collectibles sold the hair in 2019,” he explained in the caption of his post. “Their description for the lot: ‘Just hours before her performance, Monroe visited her personal hairdresser Robert Champion at the Coiffures Americana Beauty Salon, housed within the luxury department store Bergdorf Goodman on Fifth Avenue.’&#82… 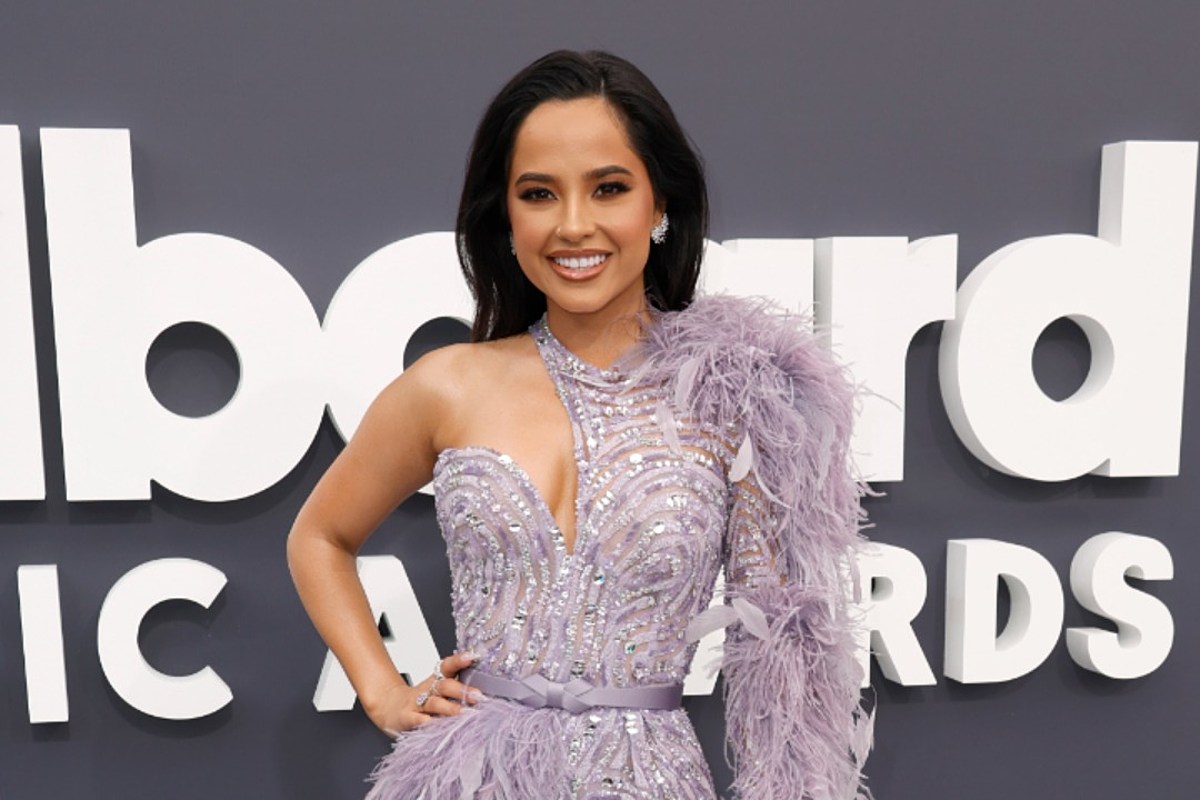 2022 Billboard Music Awards Red Carpet: See All of the Fashion!

Mix 93The 2022 Billboard Music Awards have arrived and artists are bringing out their fashion A-game for the red carpet.On Sunday (May 15), the annual awards show took place in Sin City at the MGM Grand Garden Arena. This… 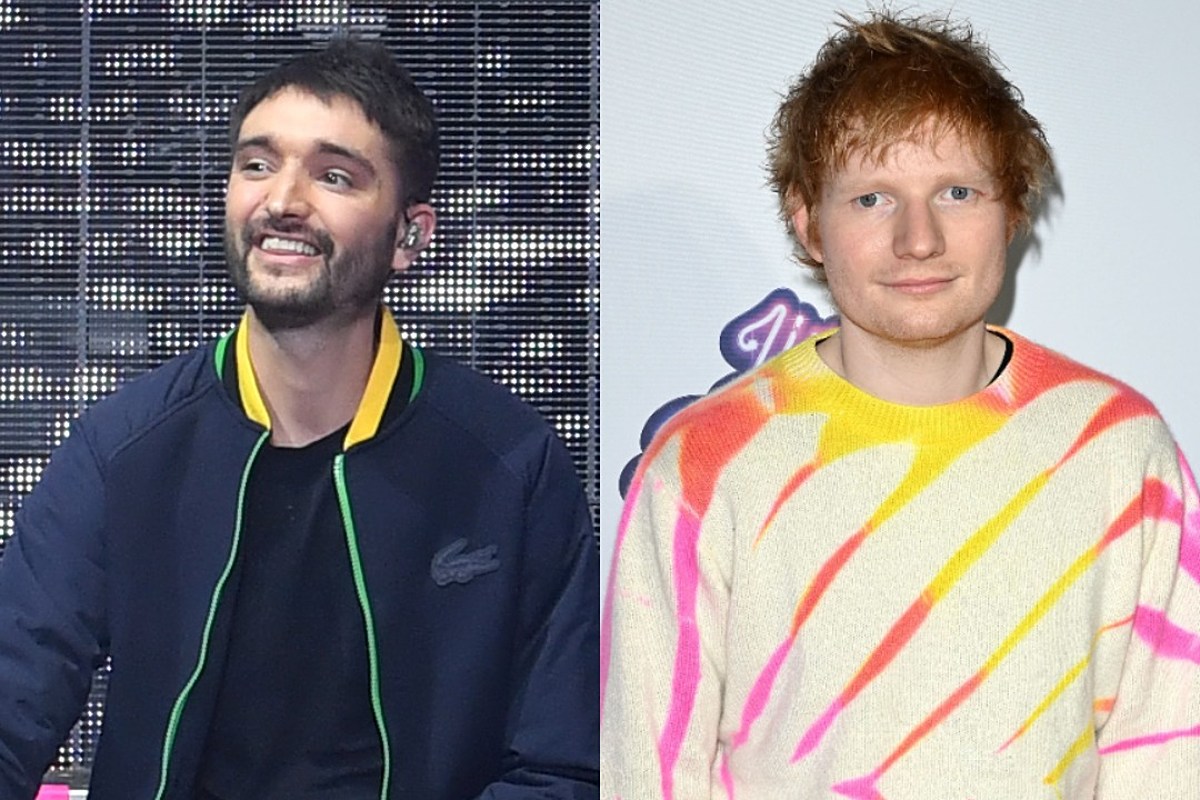 Mix 93The Wanted's Tom Parker revealed in his memoir that fellow musician Ed Sheeran helped pay for his medical expenses while he underwent treatment for brain cancer.On Friday (May 13), The Sun premiered an excerpt from… 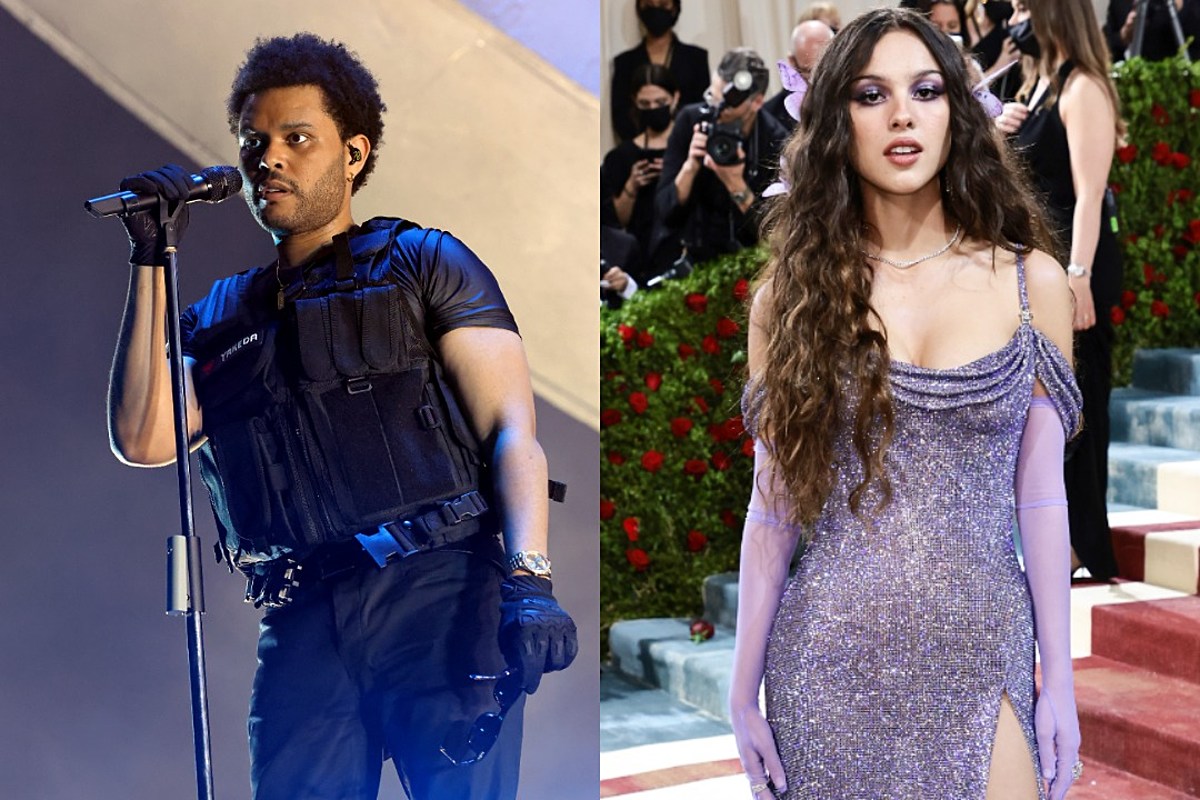 Mix 93The 2022 Billboard Music Awards have arrived!On Sunday (May 15), the BBMAs will take place at the MGM Grand Garden Arena in Las Vegas and will be broadcasted live on NBC and streamed on Peacock. This event will be…

The Voice Coaches Through the Years: Looking Back at Who Left and Why

US WEEKLY Taking a look back. When The Voice debuted on NBC in 2011, no one knew what to expect from yet another singing competition show. However, it quickly became a success, with Carson Daly as host and a group of…

Britney Spears suffers a miscarriage, James Corden only washes his hair every other month, and more celeb news

KXLYBritney Spears has lost her baby. The ‘Stronger’ hitmaker and her fiance Sam Asghari have shared the heartbreaking news that the 40-year-old pop legend suffered a miscarriage. In a statement on social media, Britney and… 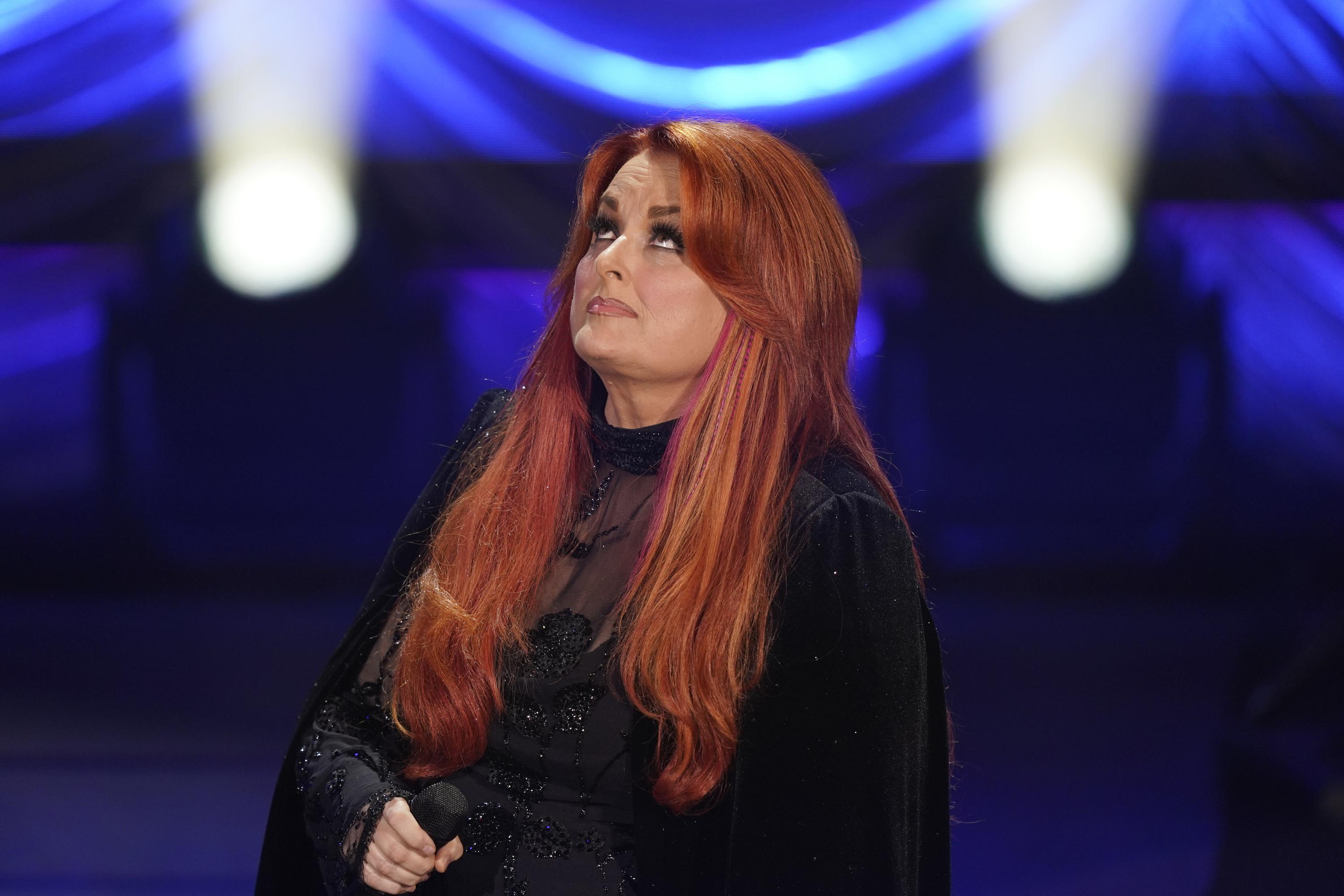 Associated Press NewsWynonna Judd looks up after singing during a tribute to her mother, country music star Naomi Judd, Sunday, May 15, 2022, in Nashville, Tenn. Naomi Judd died April 30. She was 76. (AP Photo/Mark…

WATCH: Fauci Laughs and Tells CNNs Acosta Hes For Sure Not Interested in Staying in His Position if Trump is Re-Elected

Mediaite Dr. Anthony Fauci chuckled and gave an emphatically negative answer when CNN’s Jim Acosta asked him if he would stay on at his position if former President Donald Trump were…

Mediaite CNN anchor Jim Acosta sharply criticized Fox News on Sunday for doing “nothing” to stop Tucker Carlson‘s “dangerous” rhetoric. In the wake of the…

THE RINGERWelcome to Morally Corrupt, where Rachel Lindsay will be joined every week by your favorite Ringer podcasters to talk everything and anything Bravo. The show begins with a...www.theringer.com<path…

Chloe in clash over exit plan

Digital SpyHome and Away spoilers follow for UK viewers.Home and Away's Chloe Anderson reacts badly to her mum's exit plan on UK screens next week.Chloe is horrified when she learns that Mia wants to leave Summer…

Digital SpyNeighbours spoilers follow.Neighbours bosses have announced that Terese Willis's estranged mother will be paying a visit to Ramsay Street.Show chiefs have cast Maria Mercedes in the role of Estelle Petrides,…

Digital SpyNeighbours spoilers follow.Neighbours has confirmed that Corey Smythe-Jones's scheming will come to a head in dramatic scenes on UK screens next week.Corey has spent the past few weeks trying to manipulate a…

Digital SpyHome and Away spoilers follow for UK viewers.Home and Away's Rose Delaney makes a big commitment to a life in Summer Bay on UK screens next week.Rose makes her decision after a difficult few days leaves her… 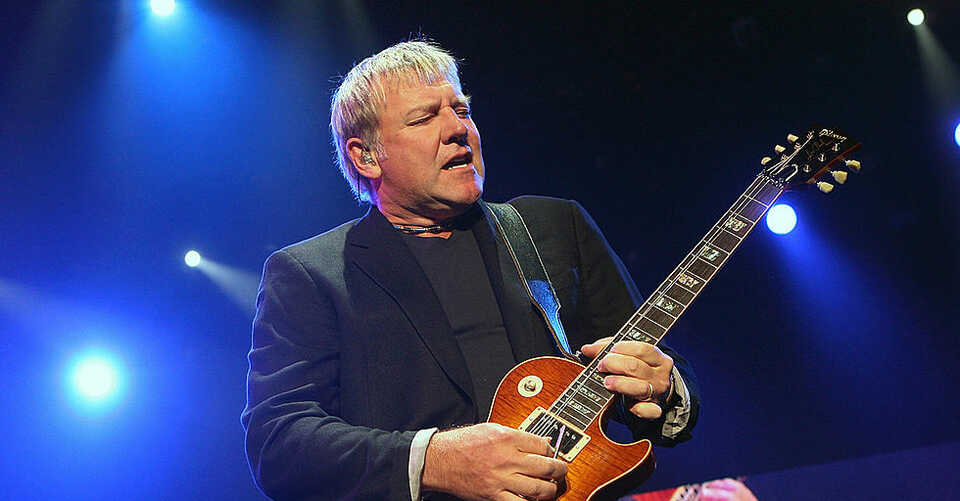 ULTIMATE CLASSIC ROCKRush icon Alex Lifeson said he kissed each of his guitars goodbye— and even spoke to one of them — while preparing to send them to auction. He revealed plans in March to part with over 100 music-related…

LOUDERSOUND.COMIn November 1992, Rage Against The Machine released their self-titled debut album. You’ve probably heard it: it is, after all, one of the most acclaimed opening salvos ever, by anyone. It turned the band into…

WalesOnlineSomething went wrong, please try again later.Keep up to date with the latest stories with our twice daily WalesOnline newsletterSally Rooney’s debut novel, Conversations with Friends is getting the Normal…

Digital SpyCoronation Street spoilers follow.Daniel Osbourne has been backed into a corner, divided on whether to choose Nicky Wheatley or Daisy Midgeley. In next week's Corrie scenes, an emotional Daniel is told by… 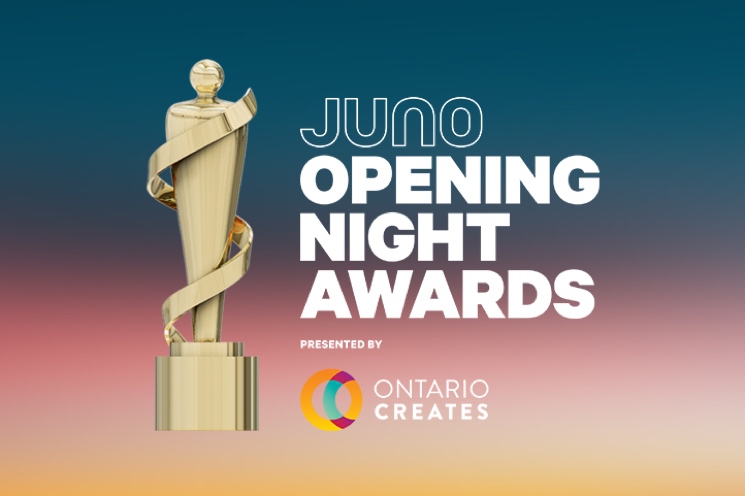 Billboard Music Awards 2022: Whos performing, hosting and how to watch

New York Post The Billboard Music Awards will help to tie a bow on the 2022 awards season Sunday night. For the second year in a row, The Weeknd leads the nominations with 17 chances at a trophy. His future touring partner,…