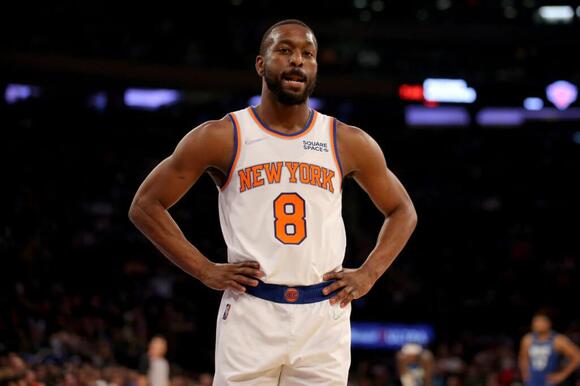 It was less than 10 months ago that four-time All-Star Kemba Walker landed with the New York Knicks after he was bought out by the Oklahoma City Thunder following a trade from the Boston Celtics.

If that sounds confusing, get a load of the three-team deal involving Walker that went down during Thursday’s NBA Draft .

The veteran point guard was sent from the Knicks to the Detroit Pistons in a three-team deal that included the Charlotte Hornets sending the rights to 13th overall pick Jalen Duren. For New York, this represented a salary dump. It also doesn’t mean that Walker is staying in Detroit.

According to ESPN’s Adrian Wojnarowski , the Pistons and Walker are already working on a buyout that would enable the injury-plagued veteran to hit free agency.

Essentially, Detroit was able to acquire Duren for the future first-round selection it got from the Portland Trail Blazers in the Jerami Grant trade . The Pistons also added Purdue guard Jaden Ivey fifth overall.

As for New York, it acquires more cap room to potentially chase after free-agent guard Jalen Brunson next month . Remember, the Knicks had traded the rights to 11th overall pick Ousmane Dieng to the Oklahoma City Thunder for multiple future first-round picks . It’s not yet 100% known what New York yielded to move off Kemba Walker and his contract.

As for Walker, he’ll have a chance to latch on with another team after his career wa…