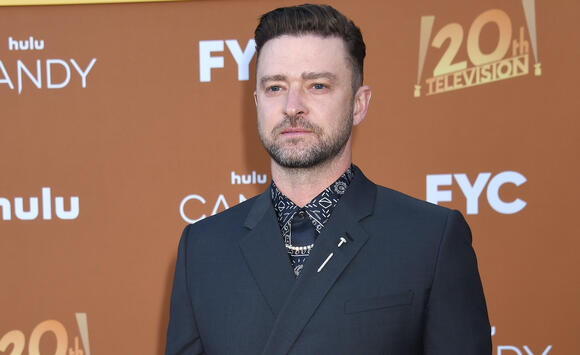 The entire internet is talking about Justin Timberlake , but it’s not because of a new catchy song or career-defining announcement. It’s because of his ever-polarizing dance moves. During a recent performance over the weekend during Something in the Water Festival in Washington, DC, the 41-year-old singer took on DC’s famed Beat Ya Feet dance to his hit song “SexyBack.” But not everyone was welcoming of the tribute — especially on social media.

During the polarizing performance, which was posted to TikTok as Cakesscam, JT wore a mint green and white short-sleeve button-up shirt with a triangle pattern, khaki pants and chunky tan and white sneakers with red lights embedded into the heels. In the viral TikTok, Timberlake can be heard shouting, “DC — Beat Ya Feet,” before the star starts shuffling his feet, hopping and stepping in a somewhat erratic fashion.

Beat Ya Feet is a fast-footwork dance that has roots in The Capitol’s go-go scene and the area’s vibrant Black community. The dance was created by Marvin “Slush” Taylor in the late 1990s, according to KQED .

The fan who posted a clip of the moment on TikTok was clearly a fan of the performance, posting the video with the caption, “Can’t believe I saw JT.” The Something in the Water crowd also appeared to respond to the dance tribute, with Timberlake receiving a round of loud cheering and applause.

But many commenters on TikTok and Twitter, where the video was reposted, weren’t as impressed. Many said Timberlake’s attempted tribute didn’t accurately represent the “Beat Ya Feet” dance.

“Me after a couple of drinks thinking I actually did something,” one TikTok commenter wrote.

“Dad at a wedding type of dance,” another TikTok user added.

“Justin Timberlake said ‘DC, Beat Your Feet’ and proceeded to do The Hokey Pokey,” one Twitter user wrote .

Yet, Timberlake still predictably has life-long fans willing to go to bat for him and his dance moves. Several Twitter users posted videos of iconic JT dance performances , calling him a “true performer” and highlighting his influence on music and culture today.

“ There are always a ton of Justin Timberlake takes/jokes on this app,” one Twitter user wrote . “And then his songs come on and y’all know every lyric…and adlib.”

See More of Justin Timberlake’s Style Through the Years