Jonathan Papelbon doesn’t get the hype.

Mets closer Edwin Diaz’s entrance song has taken over both New York and MLB amid his historic season. “Narco” by Blasterjaxx and Timmy Trumpet blares throughout Citi Field as Diaz enters, with the trumpet-themed tuned energizing fans and the stadium alike. Mr. and Mrs. Met often mimic along to the song with fake trumpets.

Diaz has enjoyed a renaissance season along with his entrance’s growing fame, recording 27 saves with a 1.33 ERA, 17.9 strikeouts per nine innings and 0.86 WHIP.

“Everybody wants to talk about Diaz these days,” Papelbon told “The Bradfo Sho” podcast. “I gotta let some of these people know where the walk-out song came out, and who is No. 1 all-time. When you hear ‘Shipping Up to Boston’, you know what’s up.”

Papelbon’s anthem, a classic by Dropkick Murphys, had a particular connection to his fans, emerging as one of the league’s most dominant closers as he started his career with the Red Sox. He spent seven seasons in Boston, where he won the 2007 World Series, was named to four straight All-Star games from 2006-2009 and was named Delivery Man of the Year in 2007. He later pitched with the Phillies and Nationals. 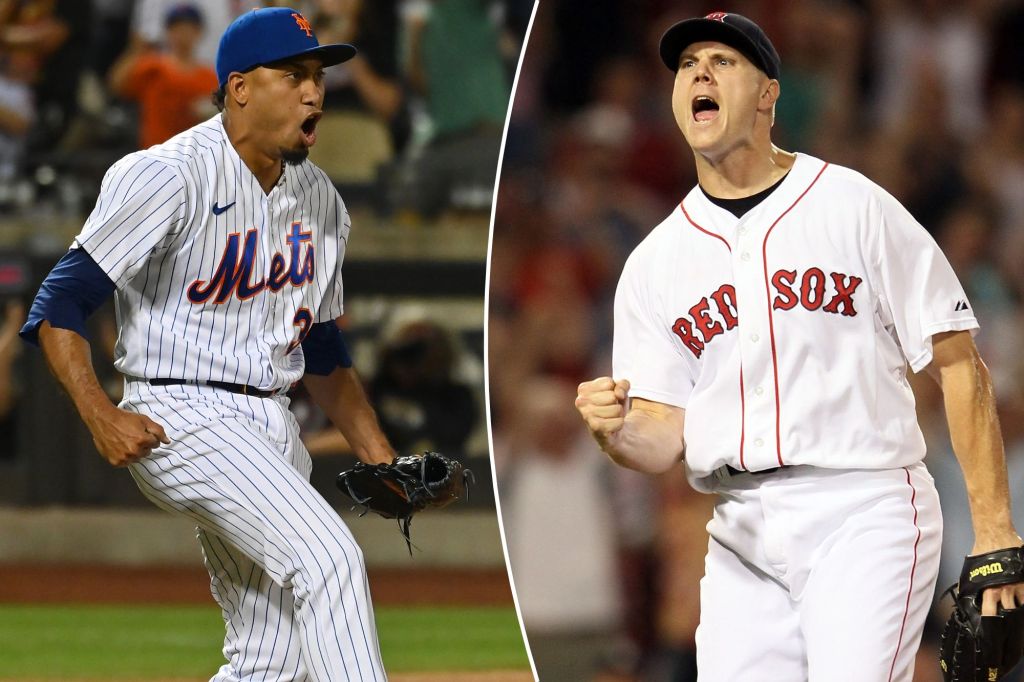 Beyond Diaz and Papelbon’s entrances, Yankees legend Mariano Rivera has long had the gold standard with his famous “Enter Sandman&#…