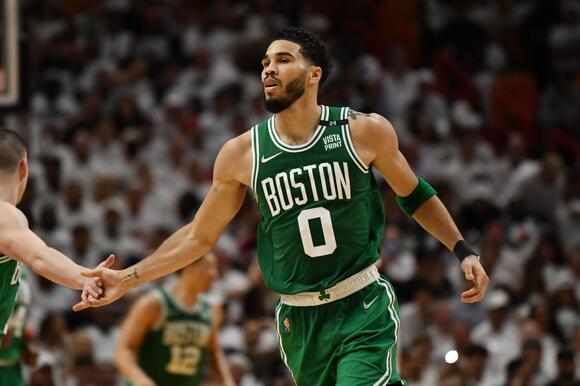 Jayson Tatum and the Boston Celtics lost the NBA Finals to the Golden State Warriors on Thursday night in Game 6.

The Boston Celtics lost in the NBA Finals to the Golden State Warriors 4-2 with the final game taking place on Thursday evening at the TD Garden in Boston.

After the game, the Celtics shared a quote from All-Star forward Jayson Tatum.

Celtics tweet: “Jayson Tatum says one of his lessons from this playoff run is, “It’s hard getting to this point, and it’s even harder getting over the hump and winning it.”

This was the first time that Tatum had been to the NBA Finals, but at just 24-years-old he has a ton of playoff experience to build off.

For the Warriors, this was their fourth time winning the NBA Championship in eight seasons.