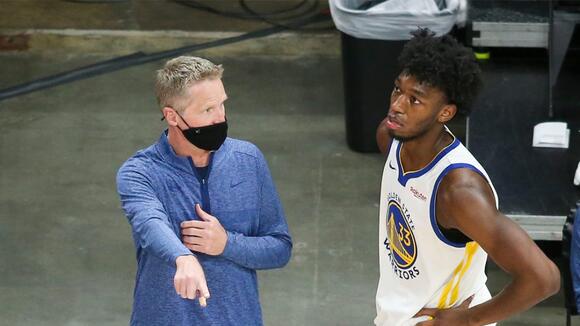 Wiseman is making some progress towards a return for Golden State

Shortly after it was announced that James Wiseman would participate in the Las Vegas Summer League, the young center played his first 5-on-5 action since being reintegrated from injury. The Athletic’s Anthony Slater reported the latest on the big man’s progress, adding that he’s still on track to participate in Summer League action.

Having re-signed Kevon Looney, the Warriors will not need to rely heavily on Wiseman next season, but he rightfully remains a big part of their future plans. The former 2nd-overall pick projects to be a key player down the line, and should begin contributing in the rotation as early as next season, if health permits. These upcoming Summer League games will be a great opportunity for Wiseman to get re-acclimated in a low-pressure environment.

Should Wiseman enter next season healthy, he will likely have an immediate role as the team’s backup center. With the Warriors often lacking length outside of Looney last season, a healthy James Wiseman could provide a new element of depth to an already dominant team.

The Warriors have several promising young players participating in Summer League, but all eyes will certainly be on James Wiseman to see how the big man looks following his return from injury. Having missed the entire 2021-22 campaign, and most of the 2020-21 season, Wiseman is understandably eager to get back on the court in game action. For now, it is good to know he has progressed to 5-on-5.

Advertisements
INSIDE THE WARRIORS news