The incumbent president of Kazakhstan is widely expected to secure an easy victory in a snap election that came after bloody unrest shook the country and he moved to stifle the influence of his authoritarian predecessor.

Five candidates were on the ballot against President Kassym-Jomart Tokayev. With a short campaign period that began in late October, they had little opportunity to mount significant challenges.

Tokayev, apparently confident of holding a strong advantage, stayed away from a nationally televised election debate.

The national elections commission said voter turnout averaged 69% in 10 of the country’s 15 regions by the time polls closed. 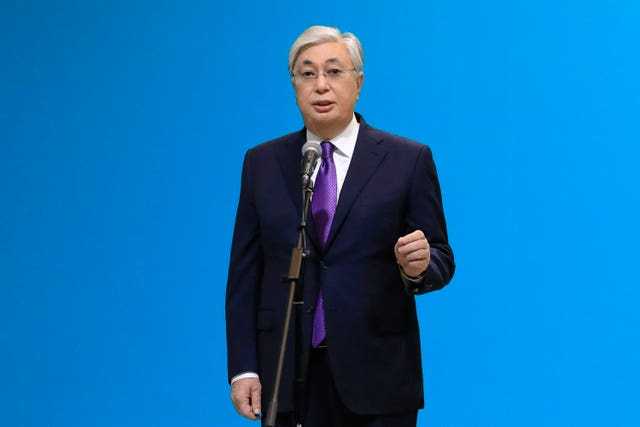 The election for a seven-year term came as Tokayev has taken steps to keep Kazakhstan’s distance from long-time ally Russia.

He pointedly said the country did not recognise the Ukrainian regions that Russia declared to be sovereign states at the outset of the conflict that began in February.

Kazakhstan has taken in hundreds of thousands of Russians who fled after President Vladimir Putin issued a conscription order in September.

When Tokayev became president in 2019 following the resignation of Nursultan Nazarbayev, he was widely expected to continue the authoritarian course of the man who had led the resource-rich country since it gained independence from the Soviet Union.

Nazarbayev remained highly influential as head of the national security council, and the capital was renamed Nur-Sultan in his honor.