Ime Udoka’s Viral Quote After The Boston Celtics Lost The... 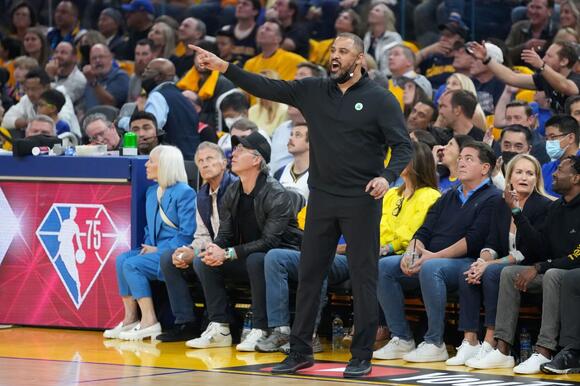 Ime Udoka and the Boston Celtics lost the NBA Finals to the Golden State Warriors 4-2. Game 6 took place on Thursday night at the TD Garden in Boston, Massachusetts.

The Boston Celtics had their season come to an end on Thursday evening when they lost to the Golden State Warriors in Game 6 of the NBA Finals.

The Warriors have now won four titles in eight seasons, and the Celtics were unable to win their first title since the 2008 season.

After the loss, the Celtics shared a great quote from head coach Ime Udoka.

Even though they lost, the Celtics have now been to the Eastern Conference Finals four times in the last six season, so they have a lot to build on going forward.