‘I know it’s about discrimination’: South Side aldermen upset grocery... 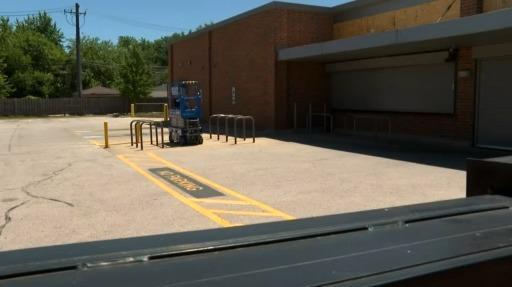 Aldermen are calling the exodus of certain stores in their neighborhoods discriminatory. They are now coming together to demand solutions.

CBS 2’s Steven Graves tells us how ultimately, neighbors are the ones who are suffering.

When grocery stores close on the South Side, community-led markets like on in Englewood become essential.

“It’s just important for people to know there are places like this to use your LINK card.”

“Where do we go? The groceries are so important to the neighborhood,” Elida Benavides said.

Thursday, fed-up South Side aldermen calling the move part of a disinvestment pattern by corporations.

“It was unfair. It was unthoughtful.”

David Moore (17th) claimed to have helped ALDI with security and retail, before it shut down last week due to what it called “poor sales and repeated crime.”

“It’s about discrimination. If their lease goes to December, why are the heck are closing it,” asked Moore.