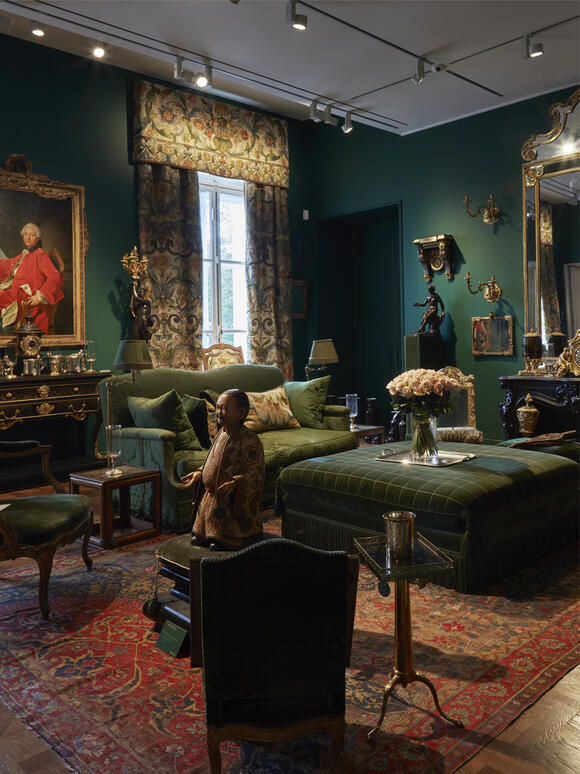 PARIS — The live sales of Hubert de Givenchy’s estate raised more than 114 million euros, more than double the presale low estimate of the collection, making it the second most valuable collection ever sold at French auction, Christie’s in Paris said.

The result cemented the auction house’s reputation as a powerhouse for sales of single-owner collections, having handled eight of the 10 most important collections in history, including the historic sale of the collection of Yves Saint Laurent and Pierre Bergé in 2009.

Consisting mainly of works of art, sculpture and furniture from the 18th century, de Givenchy ’s collection reflected the exacting eye of the designer known as the ambassador for French taste, referred to in interior design circles as “le goût français.” Collecting was a lifestyle for the tall designer with aristocratic roots, and his partner Philippe Venet.

The four live auctions took place from June 14 to 17 at the Théâtre Marigny and the Christie’s sale room in Paris. Two online sales of smaller items, such as tableware, run through June 22 and 23, respectively. In total, 1,229 lots went under the hammer.

Interest was stoked by a traveling preview that kicked off in Palm Beach and toured three continents, culminating in a sprawling preview at Christie’s headquarters on Avenue Matignon in Paris, which recreated several rooms from de Givenchy ’s residences in Paris and the Loire Valley. In all, 10,000 visitors took in the global exhibitions.

“It comes as no surprise that the impeccable provenance and superior quality of the treasures in Hubert de Givenchy’s collection attracted such strong interest from buyers around the world,” said Cécile Verdier, president of Christie’s France.

With a running tally of 114.4 million euros, or $119.7 million, the auctions established 19 new world records. Five lots were sold above 5 million euros, including Joan Miró’s painting “Passage of the Migratory Bird,” which used to hang in the designer’s bedroom and had never before been presented at auction.

“Woman Walking,” a cast of a statue by Alberto Giacometti, went for 27.2 million euros, setting the record for the most expensive work sold at auction in France so far this year.

Charles Cator, deputy chairman of Christie’s International, worked with de Givenchy on the first sale of objects from his collection at Christie’s in 1993, and several subsequent projects until the designer’s death in 2018.

“It was especially t…