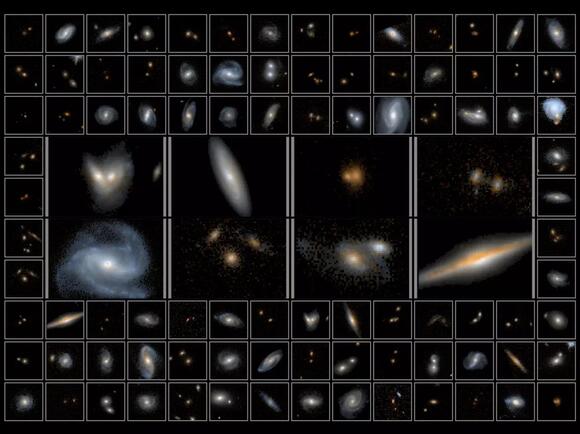 This article was originally featured on Popular Photography .

While the James Webb Space Telescope (JWST) has been receiving a lot of attention lately (notably, it was hit by a little space rock ), Hubble continues to be a faithful performer as it observes the sky. Recently, a team of astronomers led by Lamiya Mowla at the University of Toronto released Hubble’s largest-ever near-infrared image, creating a composite of the entire Cosmological Evolution Survey (COSMOS) field.

COSMOS is an astronomical survey designed to study the evolution and formation of galaxies. According to the Max Planck Institute for Astronomy (MPIA), this photograph from Hubble “enables astronomers to map the star-forming regions of the Universe and learn how the earliest, most distant galaxies originated.”

The near-infrared wavelength is the longest and reddest wavelength, falling just beyond what the human eye can perceive. Employing it allows astronomers to study some of the universe’s oldest galaxies. Researchers used 3D-DASH (Drift and SHift) technology to create the image, which is now considered “one of the richest data fields for extragalactic studies beyond the Milky Way.” 3D-DASH allows for the identification of phenomena like highly active black holes, galaxies on a path to collision, and gargantuan galaxies.

“3D-DASH adds a new layer of unique observations in the COSMOS field and is also a stepping stone to the space surveys of the next decade,” says Ivelina Momcheva, head of data science at MPIA and principal investigator of the study. “It gives us a sneak peek of future scientific discoveries and allows us to develop new techniques to analyze these large datasets.”

Previously, the types of images produced with 3D-DASH were possible from the ground only, and the results were poor resolution, thereby limiting what astronomers could observe. The ability to gather this information from the Hubble telescope now opens new possibilities for study.

“It was difficult to study these extremely rare events using existing images, which is what motivated the design of this large survey,” Lamiya Mowla notes.

The final image by 3D-DASH is eight times larger than Hubble’s standard view, created in …