Houston Texans push back against possibility Deshaun Watson trade could... 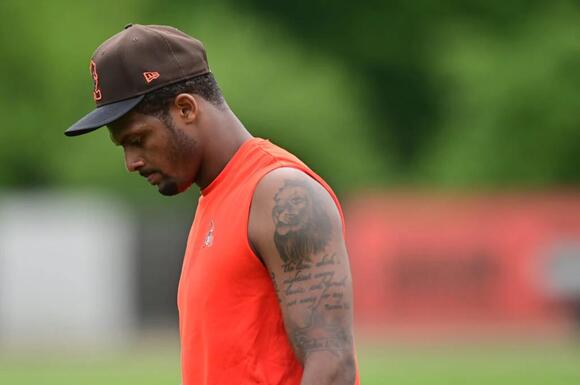 With more women coming forward to accuse Deshaun Watson of sexual misconduct/assault , his new Cleveland Browns team is under the microscope.

It was back in the spring that Cleveland acquired Watson in a blockbuster trade with the Houston Texans. Said deal came together shortly after two separate grand juries in Texas refused to recommend criminal charges against the star quarterback.

Almost immediately, Cleveland pounced and acquired Watson for a package surrounding three first-round picks. There’s now some talk that the Browns might be regretting said deal, especially with reports that the team didn’t know further allegations would come up relating to Watson .

Does this mean the Deshaun Watson trade could be undone? Texans general manager Nick Caserio pushed back against that idea in a big way recently.

“Any trade — forget about this particular one — any trade that takes place, so there’s a process that you have to go through. Teams agree on that and then once you agree on that, it gets submitted to the league. The transaction gets processed and it goes on file with the league. Unless there’s somebody that’s gonna go in there, you know, overnight in a mask and try to get on a computer, and may have a cyberattack like that, I’m not sure anything that can be done there.”

This shouldn’t come as too much of a surprise. Should Houston feel obligated to send draft picks to the Browns because the latter failed in its vetting process? No way. There’s no way that the NFL would go back and force a reexamination of said trade. None at all. However, there’s other lingering questions in play here.

Will the Cleveland Browns try to get out of Deshaun Watson’s contract?

Upon acquiring Watson, Cleveland signed the Pro Bowler to a record five-year, $230 million deal — fully guaranteed. It was an eye-opening contract, one that threw many around the NFL for a loop.

There’s now an open question whether Cleveland can get out from said contract while taking a loss when it comes to the draft picks it sent to Houston.

With an expectation that Watson could be suspended for a year by the NFL , this question takes on even mo…