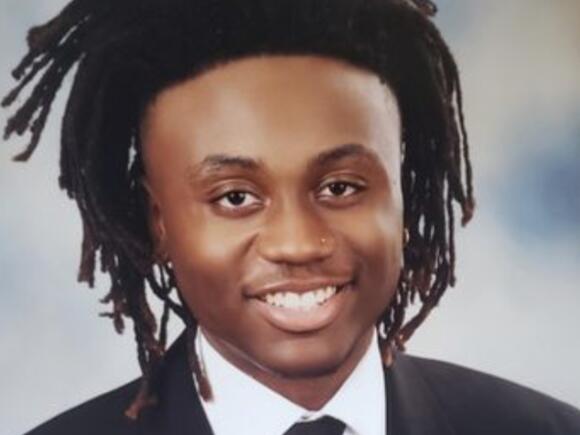 SAN DIEGO (KGTV) – An El Cajon family is mourning the death of an 18-year-old Grossmont High graduate, shot in a car while leaving a party in the College Area last weekend.

In early June, Kevin Burton walked with his graduating class at a ceremony at Grossmont High.

“Everyone was happy for him, and he definitely was excited for himself. You could tell in his face with his big smile,” said Burton’s sister, Ayanna Allotey.

Weeks later, the joy has turned to grief.

“I have no words,” said an emotional Allotey.

Allotey says last Friday night, her little brother and some five friends attended a house party on Art Street in the College Area.

Allotey says according to his friends, something broke the party up past 1:30 a.m.

“There’s just some commotion happening. Everyone who was at the party started running away,” said Allotey.

Less than a block away, as the car with Burton and his friends made a turn onto El Cajon Boulevard, police say a bullet struck Burton and another hit a nearby apartment window.

Allotey says the friends rushed Burton, shot in the head, to the hospital, where he died later that day.

“This has left my family devastated,” said Allotey.

“Kevin was a funny, joyous boy. He was a light,” said Allotey.

Burton ran track and played football at Grossmont High. He had enrolled at Mesa College for the fall, and had already begun practicing with the football team.

The investigation into his death is now underway. Grieving loved ones now hope someone will come forward with information.

“We just want justice for him, because he didn’t deserve it,” said Allotey.

“I never ever thought in my life I would have to bury my chid. No parent is ever prepared for something like this. We need the guilty party found immediately,” said Burton’s mother, Temika Hobson.