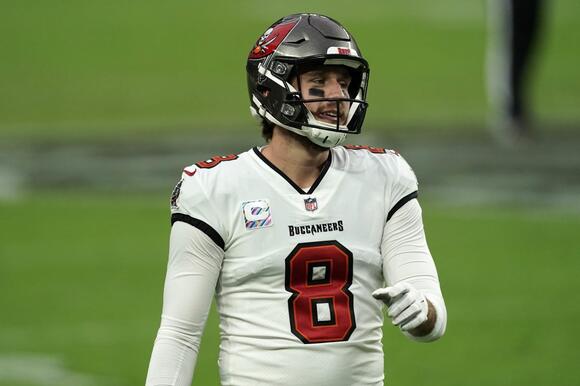 It probably won’t be enough to shift the tide of the field.

The Tampa Bay Buccaneers made moves throughout the 2022 NFL Draft to improve the depth of the roster while also considering the salary cap. The Buccaneers surprised everyone when they invested a fourth-round pick to select punter Jake Camarda out of Georgia.

READ MORE: Buccaneers Could Turn Week 1 Foe Into a Friend

In the aftermath of the weekend, it became obvious that the franchise was set to move on from starting punter Bradley Pinion, who won a Super Bowl with the team in 2020. That move finally became a reality when the Buccaneers released Pinion on June 22.

The Buccaneers shed his $2.9 million in salary while bringing in a younger prospect that has proven production at the highest levels of college football. Camarda averaged 46.7 yards per punt in 2021 with 17 of those boots landing inside the 20 against six touchbacks. He was honored for his performance for the national champion Bulldogs by being selected First-Team ALL-SEC.

It didn’t take long for the veteran punter to land with a new franchise. A few days ago, it was announced that Pinion was signing a one-year deal with the Atlanta Falcons. He’ll get another opportunity to prove himself with the Falcons while also getting two opportunities to take down Tampa Bay this season.

The North Carolina native averaged just 42.5 yards per punt in 2021, the worst mark of his seven-year career. With that being said, he reportedly played through a torn hip labrum and hip impingement. Prior to being injured, Pinion was named NFL Special Teams Player of the Week after averaging 49.3 yards per punt on four attempts while landing three of those kicks inside the 20-yard line during Tampa Bay’s 2021 season-opener. Back fully healthy, Pinion is expected to make an instant impact in Atlanta.