First official joint portrait of Duke and Duchess of Cambridge... 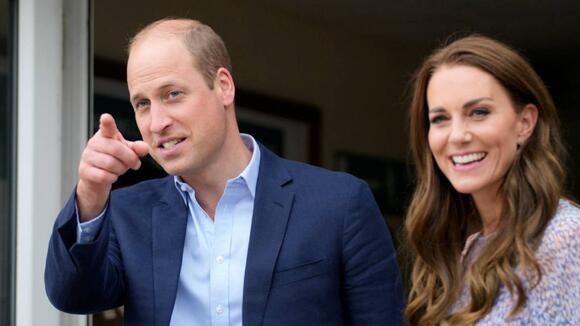 The first official joint portrait of the Duke and Duchess of Cambridge was unveiled for public viewing on Thursday.

The painting of Prince William and Kate Middleton went on display at the University of Cambridge’s Fitzwilliam Museum, the BBC reported.

Award-winning British portrait artist Jamie Coreth created the new painting, the news outlet reported. It is an oil painting on linen and measures 210 centimeters in height and is 110 centimeters wide, according to Coreth’s website.

Creating the painting was “the most extraordinary privilege of my life,” Coreth told the BBC.

Prince William is shown wearing a dark suit and blue tie, while Kate wears an emerald green dress. The dress was from the independent brand The Vampire’s Wife, CNN reported. It was designed by musician Nick Cave’s wife, Susie Cave, the cable news outlet reported.

The painting was commissioned last year by the Cambridgeshire Royal Portrait Fund as a gift to the people of the county, according to the BBC.

The royal couple met Coreth while visiting the Fitzwilliam Museum as the painting was displayed for the first time in public, the news outlet reported.

“I wanted to show Their Royal Highnesses in a manner where they appeared both relaxed and approachable, as well as elegant and dignified,” Coreth said in a statement. “As it is the first portrait to depict them together, and specifically during their time as The Duke and Duchess of Cambridge, I wanted the image to evoke a feeling of balance be…