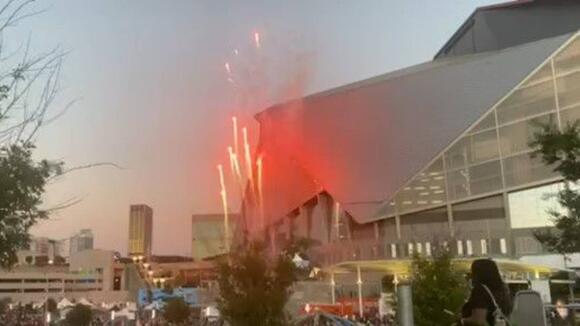 ATLANTA — A small fire broke out at Mercedes-Benz Stadium on Saturday night during a fireworks show.

A Channel 2 Action News viewer shared video of fireworks that were set off extremely close to the Mercedes-Benz Stadium.

Atlanta fire crews blocked off an outside section of the Mercedes-Benz Stadium, as they responded to calls of a fire on the roof of the stadium.

Witnesses told Channel 2 that fireworks from a nearby Juneteenth celebration landed on the roof. Parts of the roof ignited.

The Atlanta Fire Rescue Department brought out its fleet of fire trucks to put out the fire.

The fire was put out quickly and there were no reported injuries.