Fire at church in Cairo kills at least 41, mostly...

An electrical fire swept through an Egyptian Coptic Christian church during Mass on Sunday, causing a stampede and killing at least 41 people, most of them children and many suffering from smoke inhalation.

The blaze started just before 9 a.m. in the Abu Sifin church in the city of Giza where about up to 1,000 people had gathered.

The fire blocked an entrance to the church, causing the stampede, the two sources said, adding that most of those killed were children. 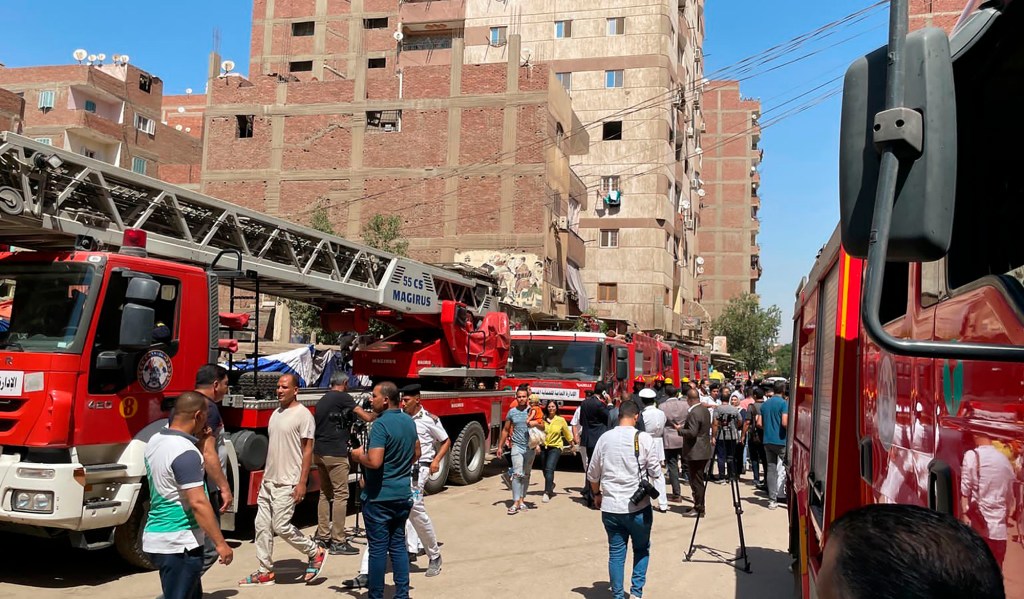 Emergency personnel work at the site of a fire at the Abu Sefein church that has killed over 40 people and injured at least 14 others.

“People were gathering on the third and fourth floor, and we saw smoke coming from the second floor. People rushed to go down the stairs and started falling on top of each other,” said worshipper Yasir Munir.

“Then we heard a bang and sparks and fire coming out of the window,” he said, saying he and his daughter were on the ground floor and able to escape. 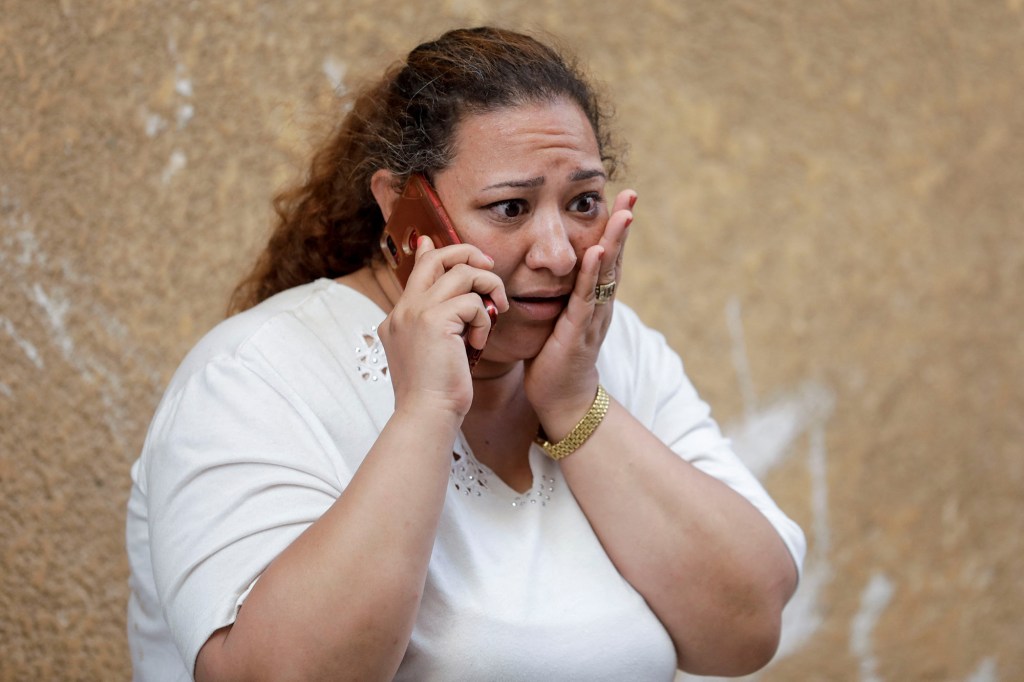 A woman reacts after a deadly fire broke out at the Abu Sifin church.

Electrical fires are not rare in Egypt. In late 2020, a fire at a hospital treating COVID-19 patients killed at least seven people.

In a statement, the Interior Ministry said a forensic examination showed that the fire began in the second floor air conditioning as a result of an electrical malfunction. 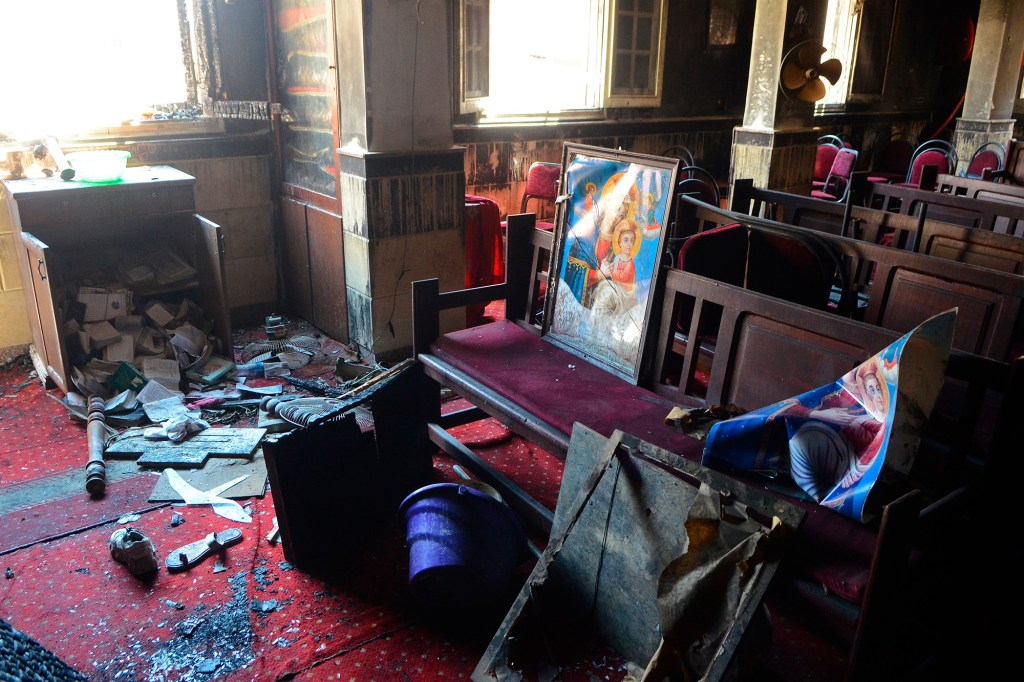 Burned furniture, including wooden tables and chairs, and religious pictures are seen at the site of a fire inside the Abu Sefein Coptic church.

Smoke inhalation was the main cause of death, it said. Families of those who died will receive 100,000 Egyptian pounds ($5,220), according to a cabinet statement. 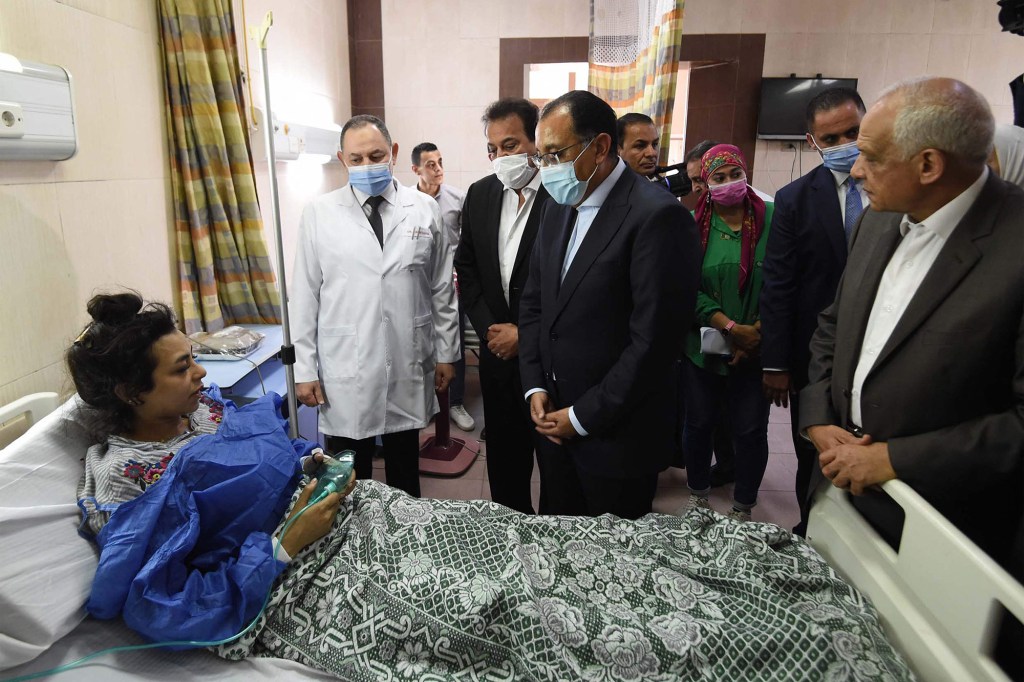 “I offer my sincere condolences to the families of the innocent victims that have passed on to be with their Lord in one of his houses of worship,” said Egyptian President Abdel Fattah al-Sisi in a tweet.

Maher Murad said he left his sister at the church after prayers.

“As soon as I got away from the church by only 10 meters, I heard the sound of screaming and saw thick smoke,” he said.