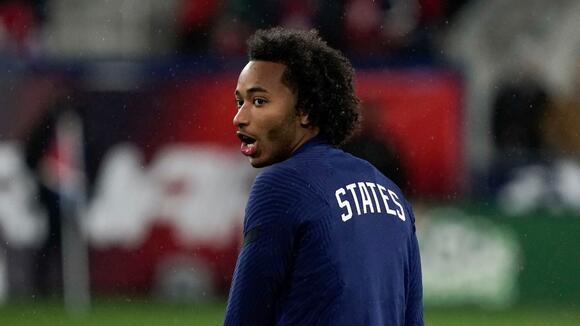 QATAR — FIFA has approved an increase to the amount of personnel a qualified nation can bring to Qatar for the 2022 FIFA World Cup.

With the amendment, nations can now bring 26 players to the tournament, three more than previuosly.

The added slots are an effort to aid in flexibility due to the shifting of playing the game in during winter, its effects on the global soccer calendar and COVID-19.

On the sideline during a match, no more than 26 people will be allowed with a maximum of 15 substitute players and 11 team officials. Of the 11 officials, one must be the team doctor.

Additionally, the preliminary list of call ups has increased from 35 to 55.

The additional roster spots could open the door for the likes of former Sporting Kansas City midfielder Gianluca Busio who is seen as a bubble player for the United States men’s national team.

Busio, 20, has appeared nine times for the USMNT since debuting in the 2021 Gold Cup where he tallied one assist.

USMNT head coach Gregg Berhalter left Busio out of the latest roster during the international break to give him rest due to joining Venezia in Italy midway through the MLS season and not having an offseason.

Berhalter has praised Busio in the past, but has been used as a rotational piece in a position that is deep with talent.

National pundits have mixed predictions when it comes to the Italian-American’s inclusion for the World Cup in Qatar.

In Italy, his club finished bottom of the standings and was relegated to Serie B, but Busio’s contract includes a relegation release clause allowing him to leave on a free loan ahead of next season.

With reported interest from other top flight Italian, German and Spanish teams, Busio will have more time to impress in the best leagu…