Family of suspect who killed himself amid standoff with officers... 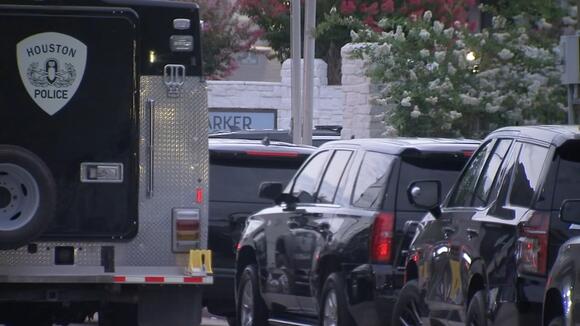 A suspect is dead after allegedly shooting an officer during a standoff with law enforcement Saturday morning in southeast Houston, police said.

The suspect’s aunt and uncle told ABC13 that he had mental health issues and they tried to prevent anything like this from ever happening.

“We got a call around three in the morning saying there was an incident,” Jeremy Jones, the suspect’s uncle, said.

Jeremy Jones drove to Houston from the Austin area after hearing from police that his nephew was involved in a standoff.

“The family, in this case, we also pray for them. They are suffering. They’ve been very very helpful,” HPD Executive Assistant Chief James Jones said.

Throughout the morning Jones says he was able to talk to his nephew through Facebook Messenger as he was holed up in an apartment on the city’s southeast side after being accused of shooting an officer.

“For the most part he was saying that he was sorry, that he made a mistake, and that he didn’t want to die,” Jeremy Jones said. “This breaks my heart because we did see something. Not this, but you know, it’s messed up.”

He says the family was concerned about his nephew having guns and after an episode a couple of weeks ago and called HPD for help.

“I knew that he had an AR-15. I knew that he had other weapons. So when he had that episode, we called the police station to see what we could do to get the guns…to possibly turn them in. And it was no help because he’s not a felon because he hadn’t done anything at the time. They said there was nothing that could be done,” Jeremy Jones said.

We asked HPD about the suspect’s mental health and if they knew of any previous calls regarding him. They said, at this point, it’s too early in the investigation to say.

At about 2:11 a.m., law enforcement responded to a shooting at The Parker at Ellington apartment complex on Roydon Drive and Kurland Drive.

The suspect was barricaded inside the apartment complex when he began opening fire at officers during this time, according to SWAT.

An HPD officer was struck with injuries to both legs. He was taken to a nearby hospital and since has been treated and released from the hospital. He is now recovering at home.

At 5:40 a.m., the SWAT team arrived on the scene and determined the suspect was still in the apartment.

The family of the suspect arrived and spoke exclusively with Eyewitness News. The suspect’s uncle said that he had been in contact with his nephew and that he is suffering from mental health issues.