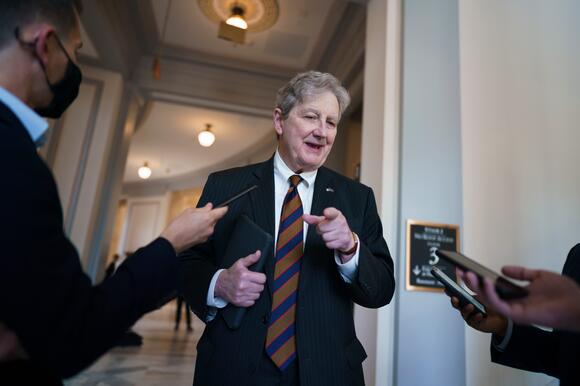 “We need to stop him, or America will crumble! – John Kennedy exposed Hunter Biden in congress,” reads the caption of the video in a Sept. 13 Facebook post.

The video was viewed more than 39,000 times in three days.

But it is miscaptioned. The video actually shows the Louisiana Republican questioning former Georgia state Rep. Stacey Abrams. He does not mention Hunter Biden.

The exchange between Kennedy and Abrams featured in the video took place during an April 2021 Senate Judiciary Comittee hearing titled “Jim Crow 2021: The Latest Assault on the Right to Vote.” During the hearing, the senator questioned Abrams about her opinions on various voting rights policies. Neither Kennedy nor Abrams mention Hunter Biden.