BLASDELL, N.Y. (WKBW) — The McKinley Mall parking has had dozens of cars get dropped off in its lot during the course of the storm.

Various tow truck companies from across the state continued to bring in cars, on Sunday.

Since the storm system came into Western New York Thursday, some drivers who braved the storm during the travel ban at the time to get to their destinations, found themselves stuck. 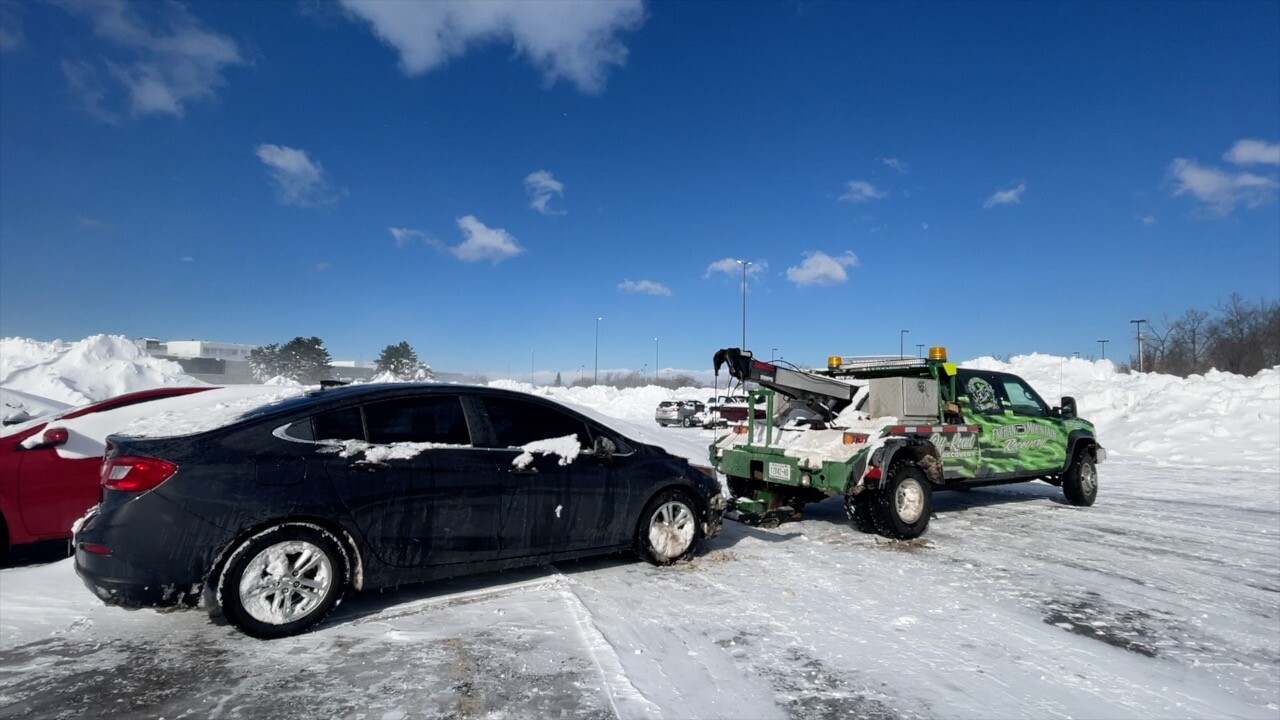 “I was staying at a friend’s house, in Williamsville. Friday, I left around 11[am]. It was sunny there and I started coming back and the Thruway was closed so I kept taking Milestrip[Road] down. I tried turning on McKinley[Parkway] and there were semi trucks blocking it. I tried turning on South Park[Avenue] and I ended up getting stuck behind a semi truck,” Scott explained. 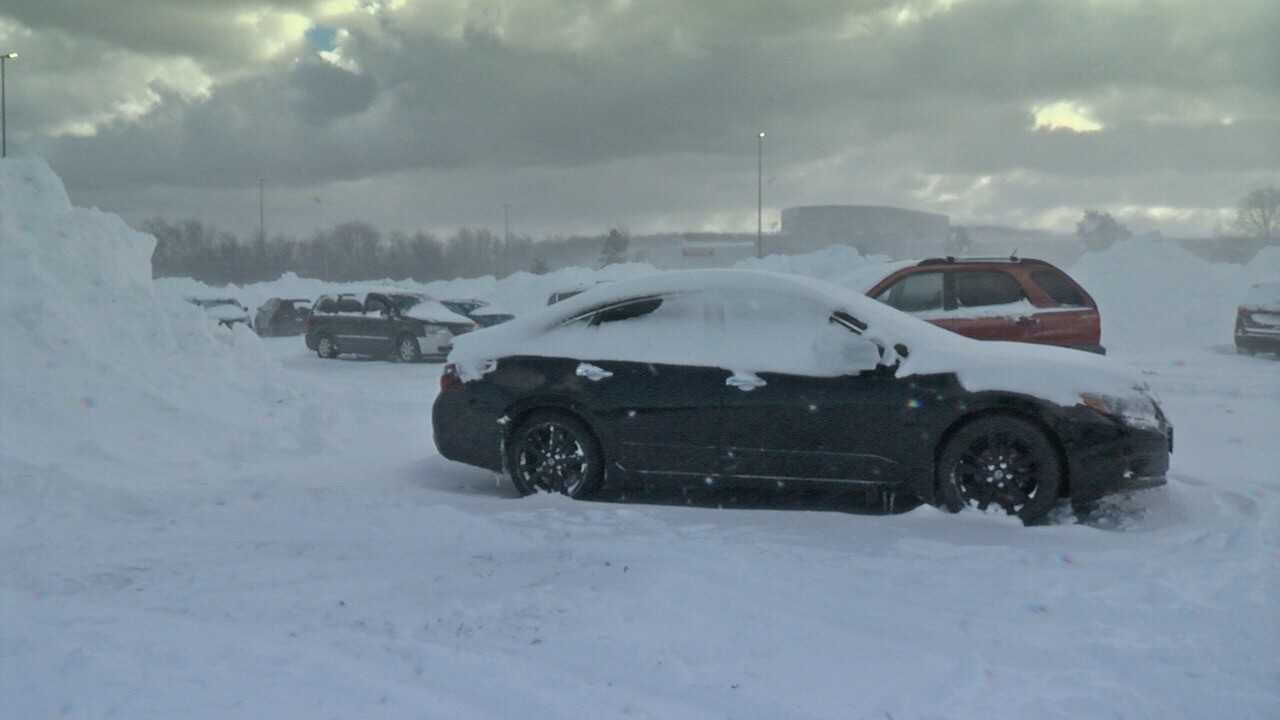 Scott said he had no choice but to leave his car in the snow, and has been staying with friends, in West Seneca, since Thursday.

“There’s no ticket on there. I’m hoping to have them take it and have them send me the bill,” Scott added. “I haven’t been home since Thursday so I’m just going to take a long shower.”

Masithela drove more than five hours from Columbus, to help her friend who got stuck, right down the street, from the mall.

“He calls me and is like, ‘Hey, I’m stuck in the snow and I don’t know what to do and I don’t think I can get out of it because I was very far actually. I came from Ohio,” Tshepiso Masithela said. 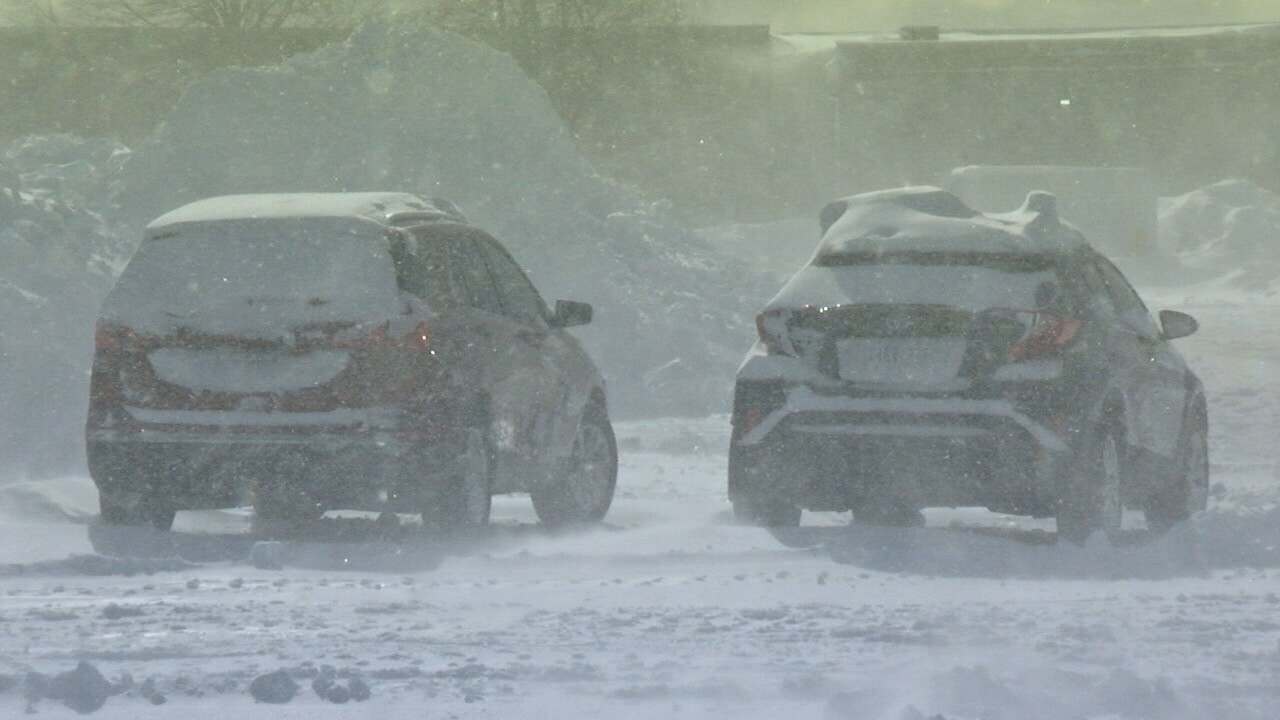 Masithela drove down with her husband and kids, booked a hotel overnight and was able to help her friend find his car in the lot.

“I’m just here to help him start the car because he left it on. He left the hazards on all night and he was afraid that the battery would die, so we’re just here to make sure that it’s working,” Masithela said. “There’s a lot of roads closed right now. So, hopefully after the Thanksgiving time, then we should give thanks.”

Others who were not so lucky had to search other lots to find their car.

Tow truck drivers who declined interviews tell me they brought in at least 50 cars the first night and 3 to 4 commercial semi trucks.